As negotiations take place between Sukhoi and Leonardo about restructuring their financial relationship in the Superjet 100 regional airliner programme, it is business as usual at their global marketing joint venture.

SuperJet International (SJI), in which Leonardo holds a 51% stake and Sukhoi the remainder, is responsible for marketing, sales, deliveries and support in Western markets for the fly-by-wire 100-seater. 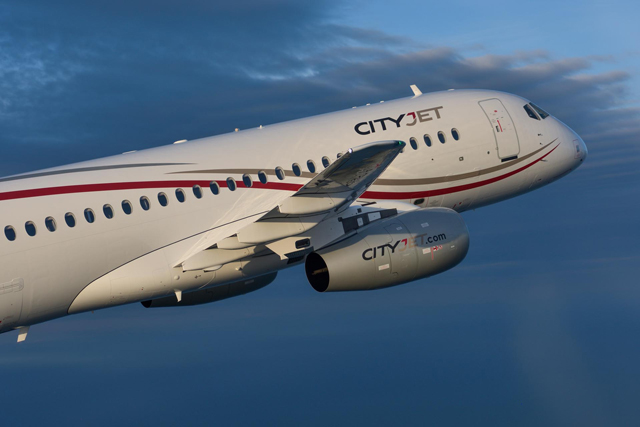 After recently adding its first European operator, CityJet, SJI is confident of securing new customers and that any changes to the corporate structure will be beneficial. It is also looking forward to offering an enhanced and expanded product line, as Sukhoi works on a winglet upgrade and a stretched derivative.

At the end of September, Russia's competition regulator approved a plan by Sukhoi to acquire Leonardo's 25% stake in its Sukhoi Civil Aircraft (SCAC) division. This will result in SCAC becoming wholly owned by Sukhoi. Leonardo confirms that the shareholders "are working on the definition of a new agreement" to improve the partnership structure.

"The new agreement between the shareholders is not yet consolidated, so I'm not able to make any formal statement," says SJI chief executive Nazario Cauceglia. "But I've got full confidence that whatever the conclusion of these talks, SJI will remain an important component. We needed to redesign the co-operation between SCAC and SJI, and I'm sure we will see SCAC and SJI working much closer together and in a much more integrated way, and the programme will benefit as a result." 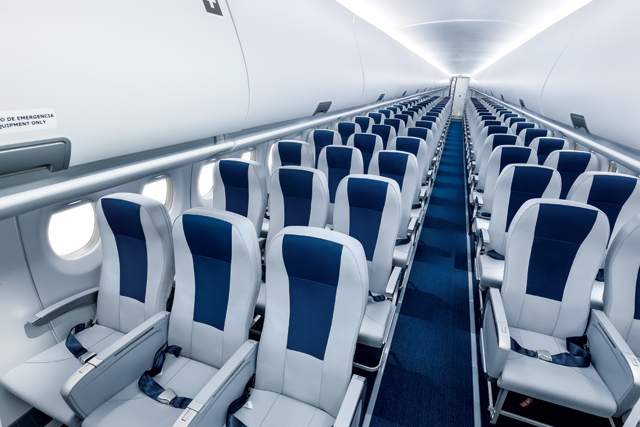 Venice-based SJI oversees interior furnishing for Superjets destined for Western customers, which involves the installation of a stylish cabin created by Pininfarina, the Italian design house with Ferrari connections. Dublin-based CityJet was the second airline to join SJI's Superjet group in May, following Mexico's Interjet, which has 22 aircraft in service. The Irish carrier is set to receive its third of 15 aircraft on order in October and the fourth by year-end.

The company has committed to secure steep-approach approval for London City airport operations for CityJet's Superjets by the end of 2018, but Cauceglia is confident this will be in place by the end of next year. However, the performance-enhancing winglets will not be cleared until late 2018.

Cauceglia says the Superjet's European operations are being supported through its main warehouse in Frankfurt, while a spares pool has been set up at CityJet's Dublin base. The airline has signed up for SJI's SuperCare flight-hour support agreement. 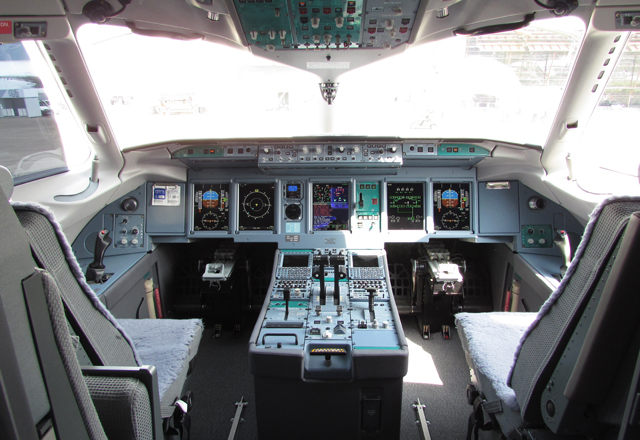 Some 90 Superjets have been delivered worldwide and the fleet's technical dispatch reliability (TDR) is running at "around 99%". Describing the CityJet introduction as "smooth and seamless, and satisfactory for our client", Cauceglia says the Irish carrier#s TDR is comparable with Interjet and the global fleet.

CityJet's aircraft is configured in a one-class, 98-seat layout at 32in pitch. The Superjets are flown "quite intensively" on charters and ACMI wet-lease operations for Finnair, he says, adding that the airline is using the twinjet to become a major provider of ACMI leases in Europe.

"They are convinced there is a lot of space in the European market for ACMI and consider the Superjet 100 the ideal platform," he says. "This is the best regional jet in the market for this as it is a new-technology, state-of-the-art product with a low operating cost and a unique level of comfort through its five-abreast cabin.

"CityJet expects to get at least two more contracts with major airlines this year for the Superjet 100, which is a good opportunity to see 'our baby' flying with the brands of major airlines," he adds.

Interjet and CityJet, the Superjet's only "Western" customers currently, have ordered a total of 45 aircraft. Cauceglia says SJI expects to complete deliveries by July next year of all 30 Interjet aircraft and the first batch of eight for CityJet. Deliveries of the Irish carrier's second batch of seven aircraft will start in January 2019.

"The regions where we are most active are Europe and Africa. This is where we see more opportunity in the very short term," he says. “There are a couple of opportunities on the table, and I'm quite confident that we will get new customers on board before completing those deliveries [next year]."

The next major development in the Superjet family – a larger version – is on course for certification in three years, says Cauceglia, with its design effectively complete. It will be a straightforward derivative with a longer fuselage to up capacity by 20 seats, and with a revised wing of greater area. The Superjet 100's existing PowerJet SaM146 engines, made by the NPO Safran-Saturn joint venture, will have a 5% thrust increase.

After evaluating more major developments of the airframe, the decision was taken to keep the stretched derivative simple, "to reduce the cost and retain the attractive economics", he says. The modest stretch also prevents the Russian jet from straying into the narrowbody sector and allows it to be positioned as a 90- to 120-seat regional aircraft family, he adds.