The promoter of an alternative plan to build a third runway at Heathrow is seeking to inject more "competition" into the process of building and managing the expanded gateway.

Surinder Arora tells FlightGlobal that because of the way Heathrow is regulated it is "not incentivised to be efficient" and that the London hub's parent company Heathrow Airport Limited (HAL) therefore "shouldn’t promote it [the expansion] and do everything".

His property company – the Arora Group – has put forward a proposal to build a new 3,200m runway (highlighted in map below) to the northwest and accompanying facilities at a cost £6.7 billion ($8.6 billion) less than the £16 billion price tag estimated by Heathrow. 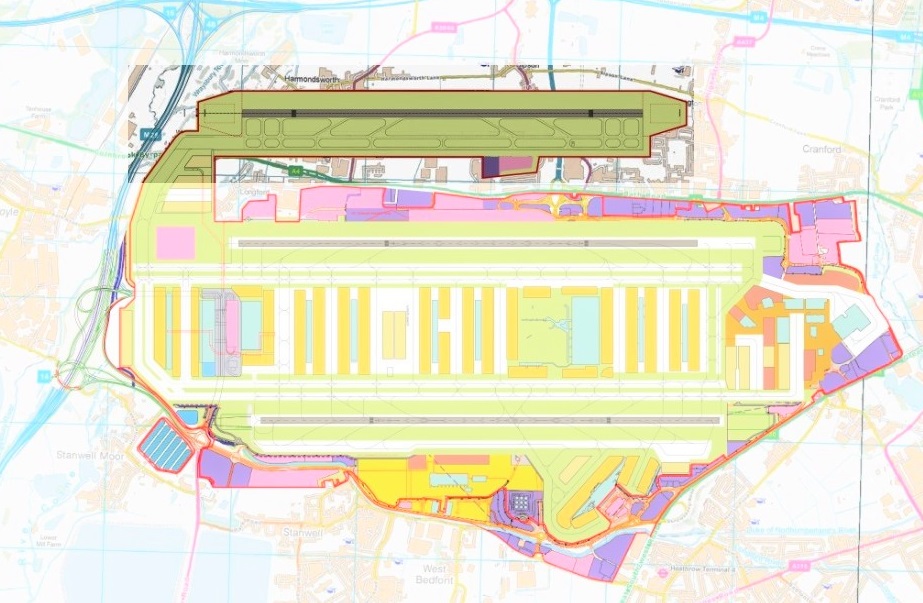 Arora estimates the construction of the new runway alone can be achieved for £5.2 billion less than Heathrow proposal, primarily because it would use 20% less land.

The group has also proposed that a sixth terminal be built at the gateway to allow it handle 130 million passengers per annum.

Having spoken to airlines operating at Heathrow and other stakeholders, he believes that an "element of competition" should be introduced and suggests a number of scenarios under which other companies, including potentially the Arora Group itself, could become involved in both the construction process and subsequent management of the expanded airport.

"We can actually build it, own it, operate it [the new runway], but we are not there just wanting to have all the cake and eat it; we are very happy to work with anyone and everyone," he says, adding that he is "very happy sit down and work with HAL as long as we introduce competition".

Arora says that rather than HAL continuing to manage all of the airport's terminals, these could be operated by other entities. He gives New York's JFK airport as an example of a gateway with mixed terminal management.

He says that such a response would create a "more efficient airport, with lower fees for airlines and passengers as a result of better design and efficiencies, will also lead to more success and therefore more profit for the airport overall too".

Arora says that if adopted, his plans would allow the new runway to be built at least one year earlier than HAL's estimate of 2025.

The UK government has said it favours the expansion of Heathrow as the best way to increase capacity at London's airports. It has published a revised draft Airports National Policy Statement setting out its case for a runway at the London gateway. However, it has not yet said how the expansion should pursued.

Carl Brown, the Arora Group's chief financial officer, says that if the government decides that an "alternative delivery mechanism" to Heathrow's own plans proves to be the most "commercially efficient way" to expand the gateway, then HAL will be "compelled" to adopt it.

This would not require any "legislation change", Brown says, adding: "The only thing that is needed is for HAL to co-operate to a greater or lesser extent, and the more they co-operate the better off everyone will be."

Brown says the Arora Group would seek to bring in private capital to fund the expansion of Heathrow and suggests that a "queue of people" would be interested in "this type of investment".

How this investment would subsequently be repaid remains an open question, Brown says.

"It depends on how it ends up, clearly, and who's doing what, but if it's funded outside the HAL RAB [regulated asset base] then we would have to find a mechanism to split up the development cost," he notes.

Views would need to be taken from airlines as to whether they wanted a "Rolls-Royce experience" at the new terminals or a more pared-down facility, and this would affect the way landing and take-off fees were levied.