After gaining momentum in the unmanned aircraft sector, Athena Technologies is poised to branch into the wider aerospace industry with its unique approach to autonomous flight controls. 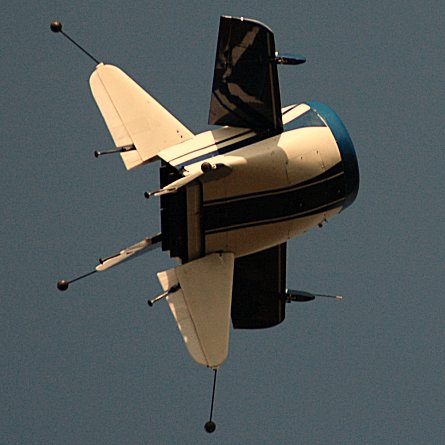 It would be no small achievement. At one stroke, civil certification for GuideStar would succeed in both smoothing the transition of unmanned aircraft into commercial airspace and ushering in a new degree of reliable autonomy for manned aircraft, ranging from general aviation to military transports and large commercial airliners.

GuideStar combines a sensor payload, navigation system and flight-control software in a package. It is designed to work as a standalone autonomous system, or to be used as a back-up flight-control system for manned aircraft.

For UAVs, gaining access to national airspace is partly a function of showing equal reliability as a manned aircraft. The GuideStar approach addresses that issue, says Vos.

For $5,000 per system at optimal production rates, multiple GuideStar systems could be integrated on a single UAV, thereby boosting reliability to the US Federal Aviation Administration’s qualifying standards, says Vos.

So far, progress has come fast for Athena. The company was founded by four former employees of Aurora Flight Sciences, maker of the GoldenEye ducted-fan UAV, which uses GuideStar.

Under Aurora, Vos’s group had honed the algorithms and hardware for GuideStar – including circuitry and miniature electronics borrowed from the automotive industry.

After founding the company in 1998, Athena was awarded a $750,000 research contract by the US Air Force, which was matched by an investment from a venture capital firm.

The funds helped to introduce the GuideStar product, which was soon adopted by the US Army AAI RQ-7 Shadow 200 programme, the world’s most prolific UAV type in production.

In 2004, Athena’s GuideStar was selected by the Alenia Sky-X demonstrator programme, and the companies are now in talks about the follow-on programme.

Athena has also been involved in the Northrop Grumman X-47 unmanned combat air vehicle, and the company is now under contract to adapt the GuideStar system to cope with changes in vehicle aerodynamics caused by battle damage.