Australia has expressed interest in buying another three Boeing CH-47F “Chinook” heavy-lift rotorcraft, under an estimated $180 million deal that would bring the nation’s inventory to 10.

The Royal Australian Army took delivery of seven new F-models this year, as its long-serving CH-47Ds are put out to pasture. A final delivery was made in August, and now the US government has approved the potential sale of another three aircraft. 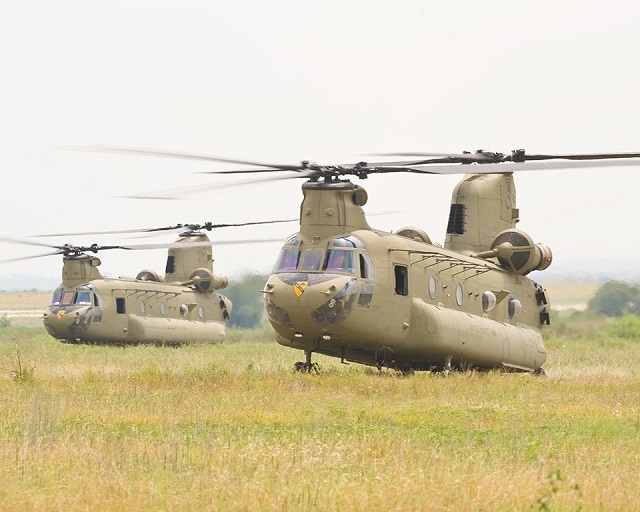 The Royal Australian Army favours the Chinook to maintain interoperability with its US counterparts for joint operations and training, although the Australian aircraft carry some unique equipment to enable operations aboard the Canberra-class landing helicopter dock (LHD) vessel.

The DSCA notice points out that the major defence equipment is worth approximately $105 million, while the overall value could be closer to $180 million.

The expansion of the Australian fleet would be welcome news to Boeing, which sees potential for another 150 CH-47F and extended-range Chinook sales through 2022.

The company aims to extend its Chinook production line in Philadelphia, Pennsylvania, “into the 2030s” and keep assembly humming between the end of US Army orders in 2017 and the beginning of the service’s follow-on Chinook Block II recapitalisation several years later.

Australia’s F-models have been assigned to the 5th Aviation Regiment at RAAF Base Townsville.