Australia's programme to introduce the Alenia Aermacchi C-27J medium transport remains on track, despite a two month delay in its lead aircraft leaving Italy to undergo modifications in the USA.

First flown in December 2013, "green" aircraft A34-001 had been scheduled to arrive at L-3 Communications' Waco, Texas facility on 11 February, ahead of work to bring it to the Joint Cargo Aircraft configuration. Scheduled to take three months to complete, the work involves the fitting of an electronic warfare and infrared countermeasures suite, US-standard communications equipment and ballistic matting around the cockpit and loadmaster’s station. 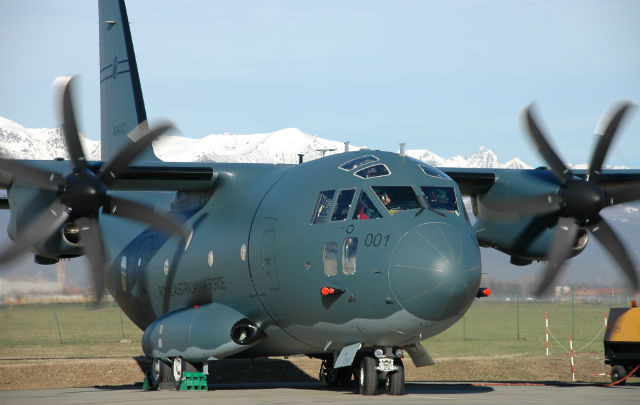 The Australian Department of Defence says delays in obtaining flight clearances from EASA and the US Federal Aviation Administration have delayed the event, citing “a change in process associated with delivery of the first Foreign Military Sales customer aircraft”. However, Australian officials say they are confident the programme “remains comfortably within the scheduled need dates”.

Ten C-27Js will be operated by the Royal Australian Air Force’s 35 Sqn from Richmond air base near Sydney, New South Wales. Its second example is now being flight-tested from Turin, with another six aircraft in various stages of production and to be completed at roughly three-month intervals.

Selected in 2011, Australia's C-27Js will replace its retired de Havilland Canada DHC-4 Caribous. The first four aircraft are due to be flown to Richmond in early 2015, with initial operating capability scheduled for mid- to late-2016. Full operating capability should be declared by the end of 2017, following the delivery of all aircraft, a full flight simulator and a fuselage trainer.

Ahead of the type's introduction, the Australian DoD says it has signed an agreement with the Pentagon “to establish a training delivery contract with L-3 to enable commencement of training in the fourth quarter of 2014”.