In a presentation in Melbourne ahead of the Avalon air show, parliamentary secretary to the minister of defence Darren Chester said that Royal Australian Air Force air crew will commence airborne training in the USA.

RAAF personnel involved with the C-27J programme have been present in the USA since January. The personnel comprise the first batch of pilots and loadmasters for the type. 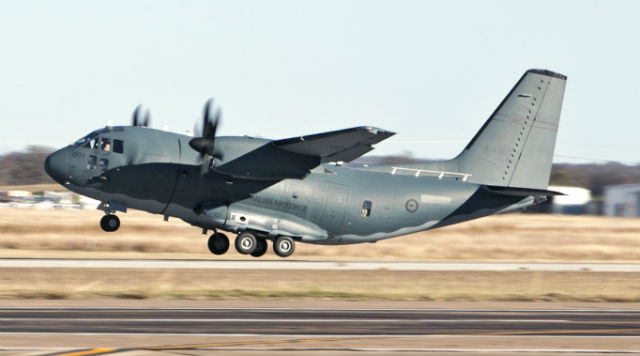 “The C-27J significantly improves the Australian Defence Force’s ability to move troops, equipment and supplies,” says Chester. “It can land at more airfields and provide disaster relief support in a range of environments.”

Australia has orders for 10 C-27Js, with the first example to arrive in the middle of 2015. Australia obtained the type under a Foreign Military Sales agreement with the US government, that sees green aircraft delivered from Alenia Aermacchi in Italy to Texas, where the US firm L-3 converts them to the Joint Cargo Aircraft configuration.

The work takes three months, and involves the fitting of an electronic warfare and infrared countermeasures suite, US-standard communications equipment and ballistic matting around the cockpit and loadmaster’s station.