The first Eurofighter Typhoon for the programme’s seventh customer nation has entered final assembly, with the aircraft the first of 12 on order for the Royal Air Force of Oman.

Eurofighter partner company BAE Systems on 18 February announced final assembly had started at its Warton site in Lancashire, UK. It identifies the aircraft as a two-seat trainer and says the activity will begin “with the marry-up of the fuselage, wings and undercarriage”, before progressing to “fitting of the fin, foreplanes and marry-up of all the systems.” 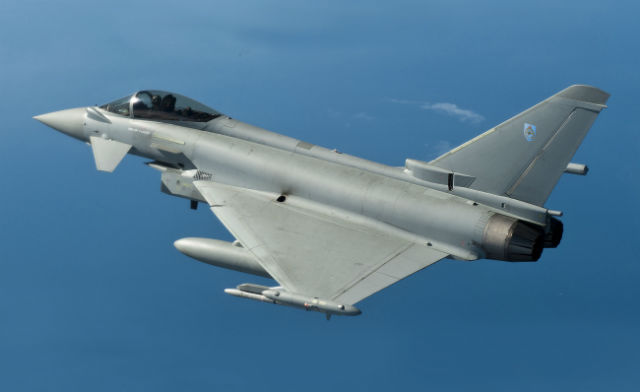 Under a contract signed in 2012, Oman will also take delivery of eight Hawk 166 advanced jet trainers from BAE.

In its annual results statement for 2015, also released on 18 February, the company says: “The Oman Typhoon and Hawk aircraft programme continues to meet all contractual milestones and is on track for commencement of deliveries in 2017.”

Meanwhile BAE says it delivered 12 Typhoons to Saudi Arabia last year, from 18 completed in Warton. The others were for the UK Royal Air Force.

With an eye on further business for the European type, BAE notes: “There are opportunities to secure future Typhoon export sales, supported by the announcement made in September [2015] relating to the supply of 28 aircraft for the Kuwait air force.” A contract has yet to be signed, with the Italian government and Alenia Aermacchi leading the sales campaign in the Gulf state.

Flightglobal’s Fleets Analyzer database records 408 Eurofighters in active use, with the air forces of Austria, Germany, Italy, Saudi Arabia, Spain and the UK.