Bangladesh has ordered a single Airbus Defence & Space C295W medium transport, which is expected to be delivered in the second half of 2017.

The nation has become the ninth to order the C295W, which will become the first multi-engined fixed-wing aircraft to be operated by the aviation branch of the Bangladesh army. It will be used as a transport for troops and cargo, with applications potentially including paratrooping and medical evacuation, and the contract also covers training and support, Airbus says.

“The C295W will markedly increase the transport capability of Bangladesh army aviation,” says Jean-Pierre Talamoni, Airbus Defence & Space’s head of marketing and sales. “We look forward to working with this new customer to secure a smooth entry into service, and to supporting the aircraft for many years to come.” 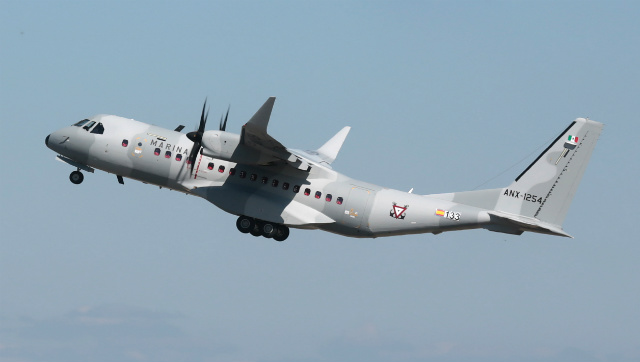 The Mexican navy was the launch customer for the C295W

Airbus says it has now reached 26 customers for the C295.