Boeing will begin developing interior, power and electronic specifications for the next-generation “Air Force One” under a $127.3 million contract awarded by the US Air Force on 15 July.

The award is intended to reduce the risk of delays and cost overruns before the USAF commits to full-scale development and procurement of up to three 747-8s, the Defense Department says in a contract award bulletin.

Last year, the USAF announced the selection of the 747-8 to replace a fleet of two 747-200-derived VC-25s, which are commonly known as “Air Force One” when the US president is flying onboard. Both 747-200s will be 32 years old when the 747-8 replacement is scheduled to be declared initially operational in 2023. 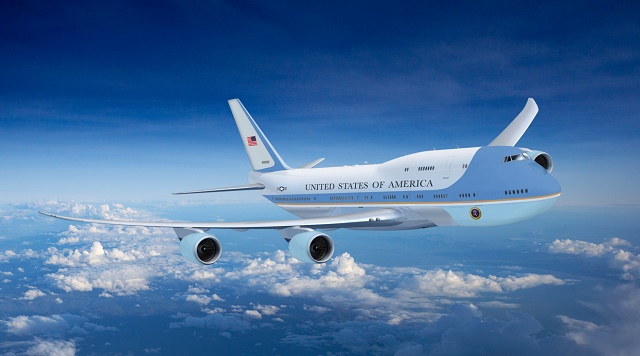 After a series of costly acquisition setbacks in other programmes, the USAF is taking a cautious approach to risk in high-profile programmes, including the presidential aircraft recapitalisation (PAR) programme.

The second contract awarded on 15 July will focus on developing specifications for the environmental control system, interior cabin, electronics, power system and sustainment and maintenance, the contract bulletin says.