Boeing has taken its first formal step towards launching a replacement for the 737, appointing key personnel to the internal study that has been downplayed for the past several years.

The Boeing 737 replacement study (737RS) has now been apointed a director in Mike Cave, current Boeing Commercial Airplanes' (BCA) vice president for aircraft programmes, the airframer confirmed this morning. Cave will lead the 737RS planning team, with a target date of 2012-2015 for a sucessor to the 737 Next Generation twin jet. Until today Boeing has kept 737 replacement elements of its "Project 20XX" studies (which also resulted in the Sonic Cruiser and 787 initial technology studies) under wraps.

As reported in Flight International's special report to mark the 5,000th 737 airframe rolling off the production line (Flight International 7-13 February), Boeing is understood to have advanced its 100-200 seat Yellowstone 1 (Y1) jet studies (a Flight International artist's impression of which is pictured below). Sharing a common research pool as the Y2, which became the 787, any new 737RS/Y1 will share technology with the long-range twin jet. Boeing is also likely to use the research at a later stage to develop its Y3 replacement of the 777. 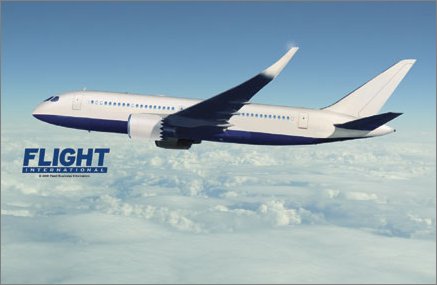 In December last year, BCA chief executive Alan Mulally, said a replacement for the narrowbody would enter service between 2012 and 2015, which has now been accelerated in a bid to beat Airbus, which has its own New Short Range aircraft replacement studies for the rival narrowbody A320 family. According to sources, Boeing plans to start talking to suppliers by the middle of this year.

The RS/Y1 concept is likely to be based around an all-composite 787-like structure, fly-by-wire, more-electric system architecture, EVS-integrated avionics flightdeck, and a cabin cross-section “wider than A320”. Aerodynamic improvements include a wing of increased span, single-slotted flaps, raked and blended-winglet wingtip options, blended fin root and 787-like Section 41 (nose) and flightdeck.

Boeing has confirmed too that Carolyn Brandsema, director of engineering for the 737 multimission maritime aircraft will direct the production planning for the 737RS. Boeing has confirmed that other leaders of the team will include marketing vice-president Kent Fisher, who will assess market demand for a new aircraft, and finance director Rod Wheeler who will investigate cost issues. Programme management matters will be the responsibility of Don Moon.

The company revealed further information on its employee intranet, but few other details have been made public and a formal launch is not expected until 2008.