Boeing and Lockheed Martin will seek to develop an export market for the IRST21 (infrared search and track) pod after gaining production approval from the US Navy, company officials say.

“We have shown the IRST capability to lots of people in the international world,” says Mark Gammon, a Boeing senior manager of F/A-18 innovation and growth. “A lot of work has gone on with the US Navy and US government to define the export policy.”

The US Navy plans to operate the IRST21 – officially dubbed the ASG-34(V)1 – pod on the F/A-18E/F Super Hornet, pairing the passive, long-range infrared seeker with the fighter’s Raytheon-built APG-79 active electronically scanned array (AESA) to identify and track targets in air combat. 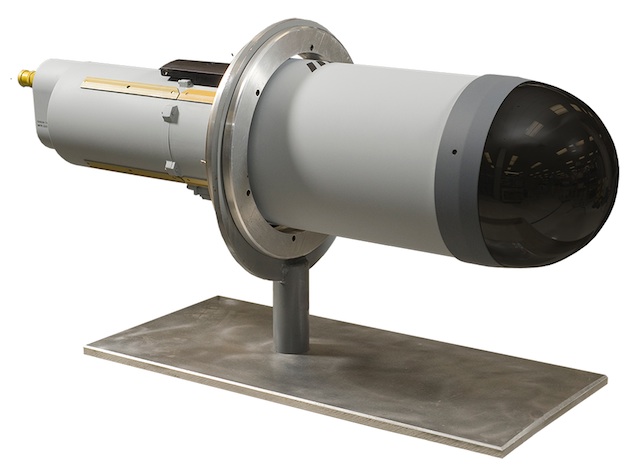 The radar is used to establish the range of the target, while the IRST sensor is used to pinpoint the azimuth and elevation, Gammon says. As a passive sensor, the IRST also can detect targets without issuing potentially compromising electronic transmissions.

The only export customer for the Super Hornet so far is the Royal Australian Air Force, which operates 24 F/A-18Fs and 12 EA-18Gs, an electronic warfare variant.

The US Navy’s latest approval clears the Boeing/Lockheed team to enter low-rate initial production (LRIP). The first lot, called LRIP 1, goes on contract this month and are scheduled for delivery in fiscal 2017. The LRIP II deal should be signed in the fourth quarter this year.

In total, the US Navy plans to buy 170 IRST21 pods, which are mounted under the fuselage at the forward tip of the fuel tank. Several European and Russian fighters have IRST sensors integrated into the airframe, but the pod configuration allows the US Navy to move the sensors between aircraft as needed, Gammon says.

The pods will be delivered in two blocks. The first block, comprising the first 60 pods delivered, updates the technology Lockheed developed for the AAS-42 IRST pod formerly carried by the Grumman F-14D, says Paul Hey, Lockheed’s capture manager for IRST21. The second block of 110 pods will add detection range and advanced processing, he says.

“It will be state of the art performance unseen with any other search and track system,” Hey says.