A new image released by Boeing shows the first completed horizontal stabiliser for the 787-9 and one of the key redesign efforts for the 290-seat widebody as it moves closer to first flight later this year.

The carbon fibre component was unveiled at a Boeing ceremony on 11 January near Salt Lake City, Utah, where the company announced the acquisition of a new facility to support production of the stabiliser. 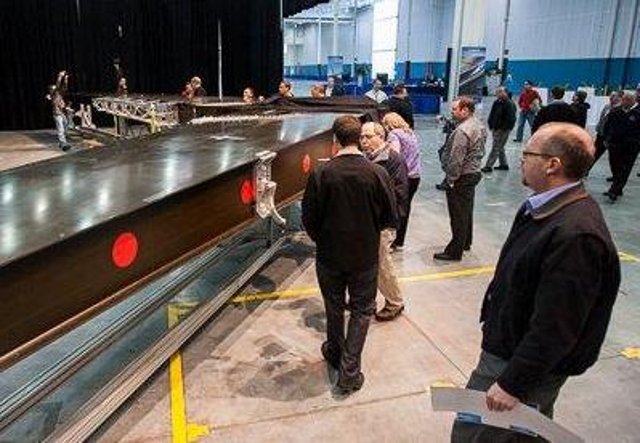 Boeing assigned production for the first 787-9 horizontal stabiliser to its Seattle Advanced Developmental Composites facility, which was scheduled to complete the first unit by 31 December.

As the programme transitions to production, the horizontal stabiliser will be assembled at Boeing's existing composites facility in Salt Lake City.

Boeing has now purchased another facility in West Jordan, Utah, which once was used to build kitchen cabinetry. It is converting the facility over the next two years to build internal composite components for the horizontal stabiliser, with the products shipped about 32km (20mi) to Boeing's Salt Lake City plant.