The second T-X aircraft built by Boeing and Saab has completed a 1h first flight, one month after at least three bidding teams submitted proposals for the US Air Force’s Northrop T-38 trainer replacement contract. 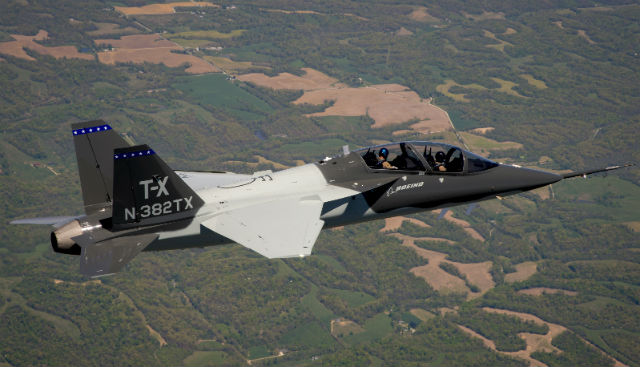 The Boeing/Saab team had previously flown the first of what it calls a “production-ready” T-X test aircraft last December.

By flying the second aircraft, the Boeing/Saab team will continue working to demonstrate the performance of the singled-engined, two-seat design, which features a shoulder-wing and canted tails.

Boeing partnered with Saab to compete for the chance to build up to 350 trainers for the USAF. Lockheed Martin/Korea Aerospace Industries have proposed the T-50A and Leonardo DRS has proposed a modified M-346 called the T-100.

Northrop Grumman developed and flew a prototype called the Model 400, but withdrew from the T-X competition in February.