After a several-months hiatus, Bombardier has resumed deliveries of its CSeries aircraft, announcing it has delivered the first CSeries of 2017, a CS100, to Swiss.

The latest delivery brings to eight the number of CSeries that have been delivered since CS100 launch customer Swiss received the first CSeries last year.

Swiss now has six of that type, and Air Baltic has two CS300s.

“We continue to ramp up production on the CSeries in 2017, and as per our plan, the cadence of deliveries will increase in the second half of the year," Bombardier president of commercial aircraft Fred Cromer says in 9 March media release. 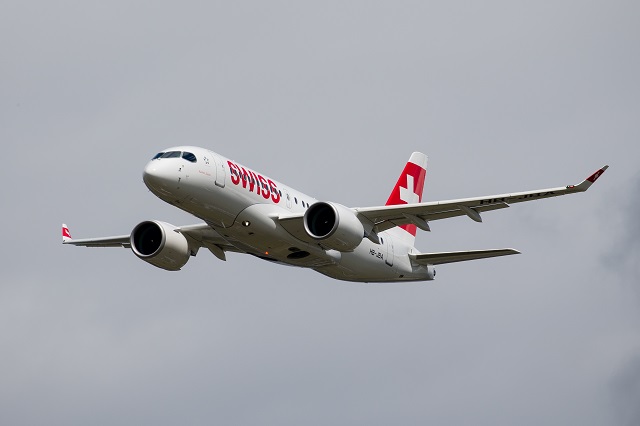 Bombardier delivered seven CSeries last year, and continues to insist it will meet a goal to deliver between 30 and 35 CSeries this year.

For starters, Pratt & Whitney has suffered delays in deliveries of the CSeries' geared turbofan engine.

Amid that bottleneck, Bombardier halted deliveries for the first two months of 2017 to refine its production system and upgrade the aircraft configuration, chief executive Alain Bellemare told FlightGlobal in recent days.

“We’re taking advantage of this lateness in engines to take the opportunity to upgrade the aircraft, upgrade the assembly line and get ready for more volume,” Bellemare said.

P&W's slowdown has been caused by a shortage of parts, including hybrid-metallic fan blades, which executives have said proved harder than expected to manufacture.

P&W, however, has opened new fan blade factories in Japan and Michigan to speed up production, and the company expects to deliver 350 to 400 geared turbofans in 2017, it has said.