Bombardier has delivered its first German-owned Challenger 650, bringing the large-cabin business jet’s global tally to 18 since it entered service in late 2015.

Christophe Degoumois, vice-president of sales for Bombardier Business Aircraft in Europe, Russia and the CIS, says the milestone delivery to an undisclosed customer “confirms the [Challenger 600 series] aircraft’s leadership in Europe”, where the company has a 40% market share of the large-cabin sector, with an in-service fleet of more than 130 aircraft.

The Challenger 650 is the fifth iteration of the 600 series, which was introduced in the late 1970s. Replacing the Challenger 605 in service, this version features GE Aviation CF34-3B engines, a Bombardier Vision flightdeck – based on the Rockwell Collins Pro Line Fusion avionics system – and a redesigned interior. 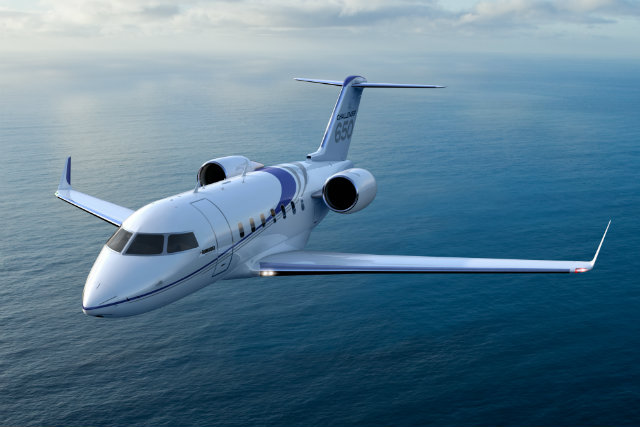 The first Challenger 650 entered service last November with the fractional ownership provider NetJets. The operator is the largest customer for the $32.4 million, 10-seat type, with an order for up to 75 units. Flight Fleets Analyzer records a fleet of 11 Challenger 650s in service with NetJets’ US-based programme. The operator expects to take delivery of another three by the end of this year.

NetJets’ order was a huge boost for Bombardier, which has seen sales of its large-cabin offerings slide due to weak demand in the sector.

Speaking during a 5 August earnings call, Alain Bellemare, chief executive of the Canadian company, said: “There is softness in Russia, in the Middle East and China”, which have been traditionally strong markets for large-cabin aircraft. He added: “The USA and Europe are okay. But there is not one market that is thriving right now. So, we have to keep monitoring the overall market demand. I think that we are in a low part of the cycle and this will come back.”

For the three months to 30 June, Bombardier recorded deliveries of seven Challenger 650s. This compares with five units for the same period in 2015. Nine of the type were shipped in the first six months, compared with eight in the first half of 2015 and 14 during the same period a year earlier.