The Israeli air force is evaluating the purchase of an aerial refuelling simulator to answer its growing demand for this capability.

Currently, boom operators for Israel’s Boeing 707 tankers are trained on board US Air Force McDonnell Douglas KC-10s and in a simulator for the latter type, which features a different system configuration to Israeli aircraft.

Because of some safety incidents encountered in recent years during aerial refuelling operations, the Israeli service is considering the acquisition of a dedicated simulator that will be used to train its boom operators.

The operational requirements for such a device are being prepared now, with the air force to then seek proposals from simulator manufacturers. If and when such a system is purchased, it will be installed in the heavy transport training centre which was recently inaugurated at its Nevatim air base.

As previously reported by Flightglobal, Israel’s defence ministry has been considering a plan that will allow it to lease Boeing 767-based KC-46A tankers to replace its 707s, all of which were converted by Israel Aerospace Industries. 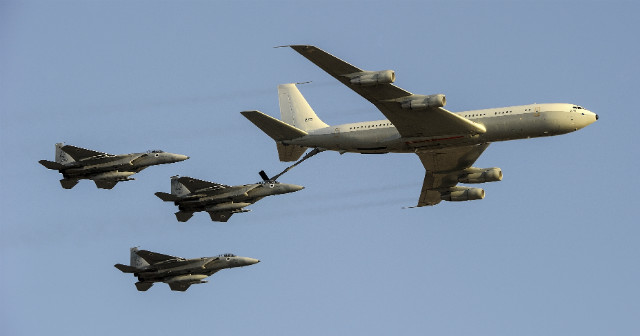 The evaluation is the most recent development in an ongoing effort to acquire a modern aerial refuelling capability. The USA had previously offered to sell three surplus KC-135Es worth $200 million, but Israel rejected this, saying it would only consider less outdated KC-135Rs, which are powered by CFM International CFM56 engines.