Elbit Systems has been awarded a contract to supply a Hermes 900 unmanned air system to the Brazilian air force, with the equipment to be supplied within two months.

Elad Aharonson, general manager of Elbit's UAS Division, says the acquisition will enable the Brazilian air force to carry out joint flight operations using the new type and its in-service Hermes 450s. Both systems will be used to conduct security missions during the 2014 football World Cup, with the Hermes 900 to carry an undisclosed intelligence-gathering payload. 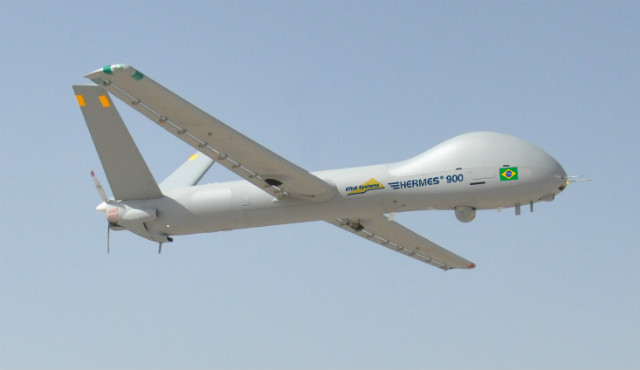 Already in service with the Israeli air force and several other nations, the Hermes 900 can be flown on long-endurance missions at an altitude of up to 30,000ft (9,150m), while carrying a wide range of payloads. The system can be operated in a highly autonomous mode, with automatic take-off and landing. Elbit's universal ground control station also allows users to operate joint missions with both Hermes models.

Confirmation of the new sale comes just over one month after Elbit chief executive Bezhalel Machlis announced at the Singapore air show that the company was poised to sign its eighth contract for the Hermes 900 with an undisclosed international customer.