British Airways is to phase out its ageing fleet of CFM International CFM56-powered Airbus A320s, with the first aircraft to leave the fleet at the end of year.

The twinjets, which were originally ordered by now defunct British Caledonian (BCal), were delivered to BA new in the late 1980s when the airline absorbed the order following its take-over of BCal. 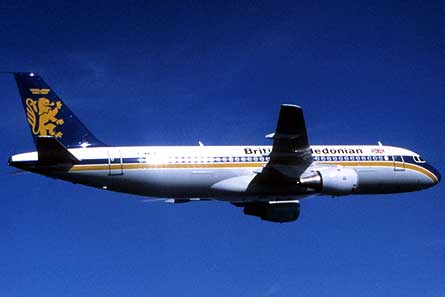 BA took delivery of five A320-100s and five longer range -200s ordered in October 1983 by BCal, which for many years were the only Airbus aircraft in the UK flag carrier’s fleet. Two of the -100 models (manufacturer's serial numbers 0011 and 0018, delivered in 1988 and 1989, respectively), which lack the wingtip fences of the later -200, have been acquired by UK spares specialist AJ Water Aviation (AJW).

AJW says the two A320s it is acquiring “will be delivered in December 2006 and February 2008”, adding that it will either lease them out or break them for spares.

The other eight aircraft are on operating lease and will be returned to their owners “over the next few years”, says BA.

AJW managing director Christopher Whiteside says the acquisition of the two A320s will enable the company “to offer back-up services to our customers in the form of aircraft available on the line. Alternatively the aircraft will be disassembled and the spares inducted into our existing A320 inventory.”

London Gatwick-based BCal was one of the original launch customers for the A320 and was poised to be the second operator of the type after Air France in 1988. Some aircraft were painted in BCal colours in preparation for delivery but by the time the A320 entered service in mid-1988 the airline had been absorbed by BA. The A320s were delivered to Gatwick painted in BA colours and initially operated the former BCal network.


For over a decade the ten A320s operated as an “orphan fleet” but in 1998 BA placed its landmark contract for 188 A320 family aircraft (including options). Deliveries of these aircraft began in 1999, but unlike the BCAal aircraft, the new fleet was equipped with the alternative, International Aero Engines V2500 powerplant meaning that the small ex-BCal fleet was non-standard.