Combat aircraft from Australia and the UK have arrived at the US Air Force’s Nellis AFB in Nevada, to participate in the three week-long Red Flag 14-1 air combat exercise. 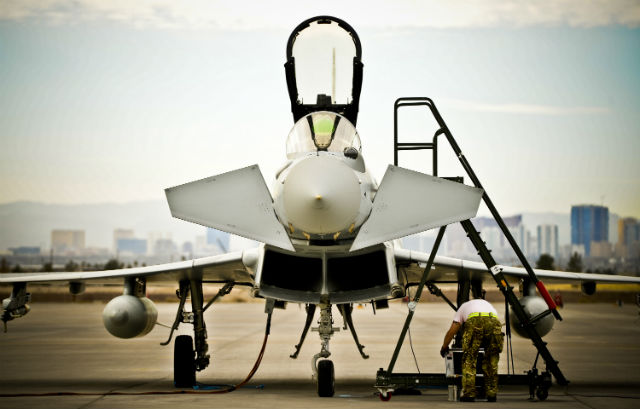 Around 150 aircraft are expected to be involved in the large-scale training event, says the UK Royal Air Force. Its detachment includes Eurofighter Typhoon FGR4s from Leuchars-based 6 Sqn, and Panavia Tornado GR4s from 9 Sqn at RAF Marham, respectively to perform swing-role and low-level strike tasks. One Boeing E-3D Sentry from 8 Sqn at RAF Waddington will also take part, providing an airborne command and control function. 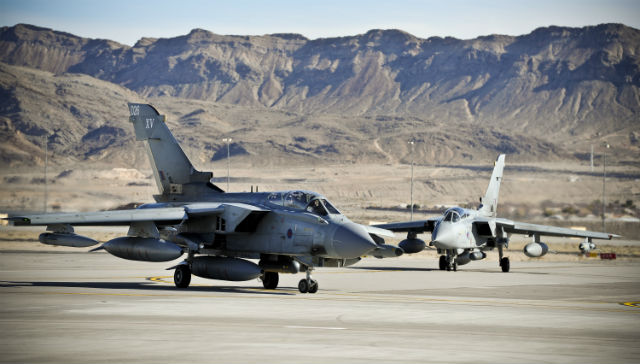 Meanwhile, Boeing F/A-18A Hornet fighters from the Royal Australian Air Force’s 77 Sqn, from Williamtown, New South Wales, have also touched down at the Nevada site (below) to participate in the manoeuvres, which will run between 27 January and 14 February. 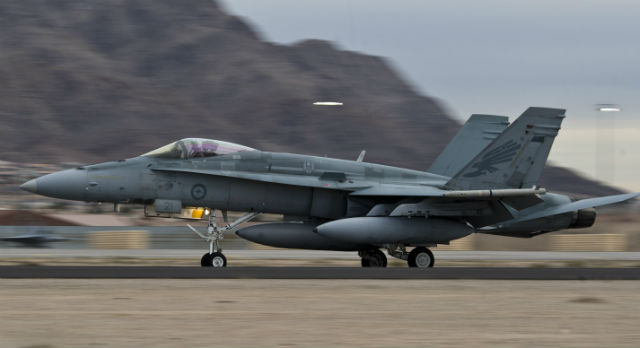 The UK also sent Tornado and Typhoon aircraft to participate in the Red Flag 13-1 exercise at Nellis AFB almost one year ago.