Austrian manufacturer Diamond Aircraft is making its first foray into the helicopter market, with the unveiling at Aero of the DART 280 light-single piston-engined rotorcraft concept.

The programme – also known as the Diamond Aircraft Rotary Trainer – will provide a stepping-stone to a family of rotorcraft, company founder and chief executive Christian Dries says, including a hybrid-electric quad tiltrotor.

Dries explains that although Diamond is a well-established designer of fixed-wing general aviation aircraft, he sees an opportunity in the new sector. "Why not? Diamond has been in the GA market for 30 years and it’s time to try something new," he says.

He believes the four-seat DART 280 will fill a gap in the training and personal transport markets for a lightweight, affordable, easy-to-fly helicopter. 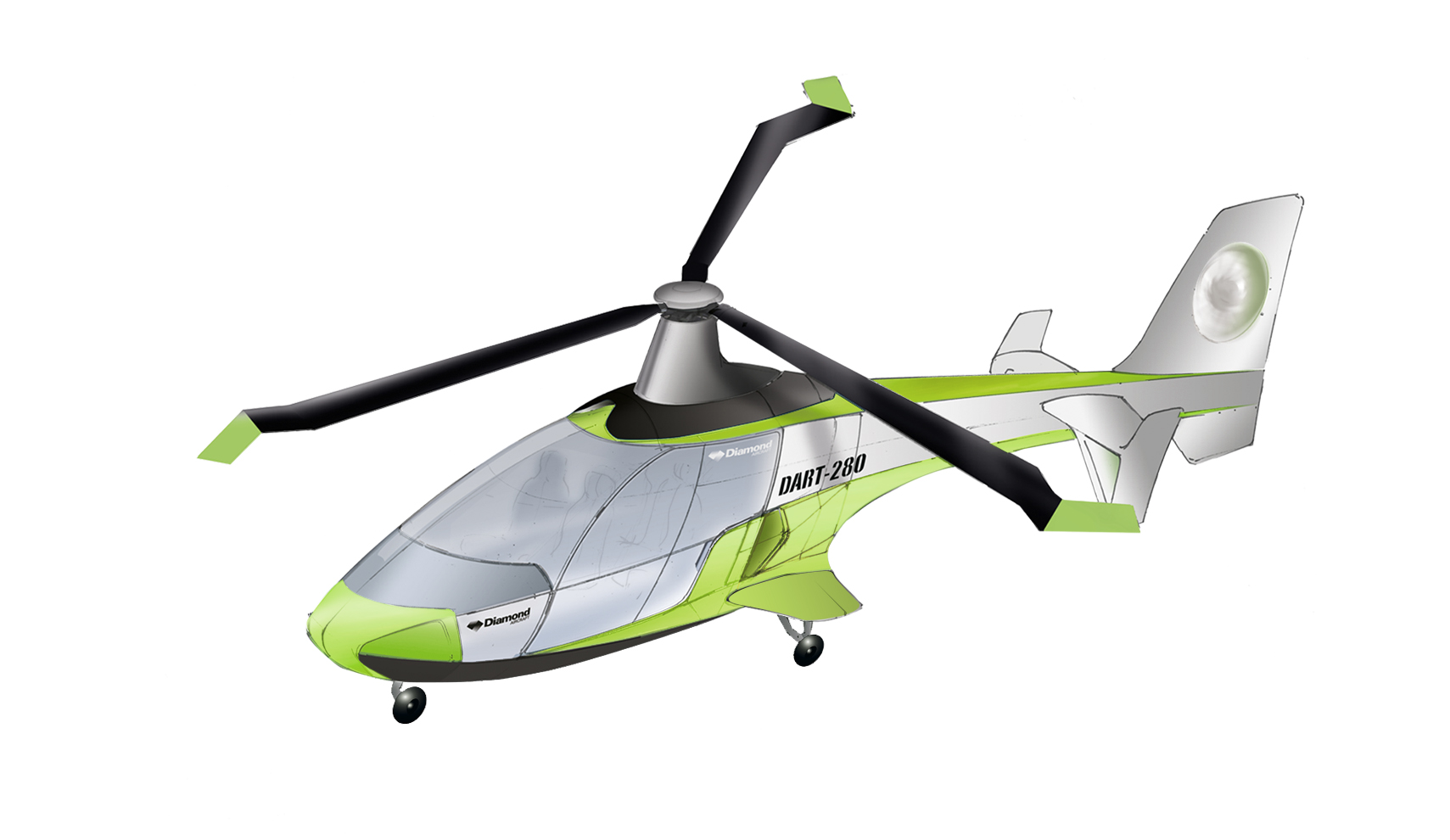 Pitched against the Robinson R44, the composite DART 280 is projected to have a maximum take-off weight of 1,350kg (2,500lb), a payload of 560kg, energy absorbing retractable landing gear, a shrouded, electric tail rotor and a 280shp (208kW), four-stroke jet-fuel engine.

First flight is scheduled in about 18 months, leading to certification about 12 months later.

Diamond has also launched at the show a family of light aircraft, based on the DA50 platform and powered by Safran/SMA diesel engines.

The line-up will consist of five models: the four-seat 230shp DA50-IV; five-seat 260shp DA50-V; and seven-seat 360shp DA50-VII. The -VII series will be available with a 375shp Lycoming petrol engine and in a turboprop version – powered by an Ivchenko Progress/Motor Sich AI-450S.

First to market will be DA50-V – which was on display at Aero. The variant made its first flight in March and is scheduled for certification in 2018.