German charter operator Air Hamburg has become the launch customer for the Embraer 650E, following delivery of the large-cabin business jet on 26 July.

“The aircraft is now awaiting registration, and we expect D-AJET to be available for charter before the end of August,” says Air Hamburg partner Simon Ebert. A second aircraft is scheduled to arrive in September and a third in November, with additional acquisitions planned for next year, he adds. 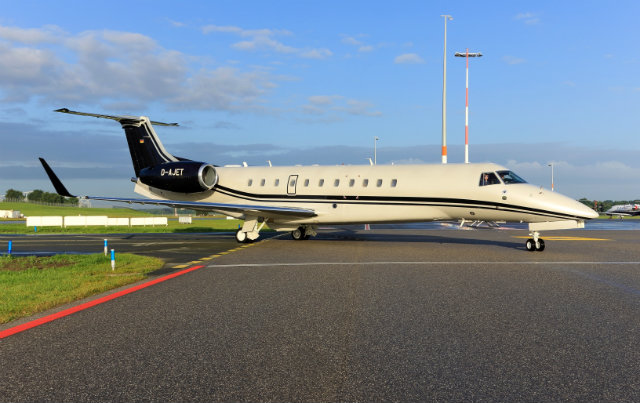 Air Hamburg is one the largest operators of Embraer business jets in Europe with a fleet of six Legacy 650s – the predecessor of the E-variant – two super-midsize Legacy 600s, one midsize Legacy 500, and two Phenom 300 light twins. Its line-up also includes 11 Cessna Citation business jets and a Beechcraft King Air 200.

The Legacy 650E, which has a 3,900nm (7,220km) range, was launched in November 2016 as the next iteration of the six-year-old 650. The $26 million aircraft includes a host of features, including a synthetic vision system and autothrottle as standard, a restyled, three-zone interior with full HD in-flight entertainment, and an “unprecedented” 10-year or 10,000 flight-hour warranty.