Swiss firm AMAC Aerospace has secured its first BBJ Max 9 completion contract and plans to take delivery of the re-engined narrowbody at its Basel facility in September 2020.

Bernd Schramm, AMAC chief operating officer, says the design team has already started work on a mock-up of the interior, which he describes as "very special and unique".

The completed aircraft is scheduled for re-delivery to its unnamed customer in 2021.

AMAC is now working on three green completions projects in Basel – two narrowbodies and a Boeing BBJ 747-8I – and is preparing to accept its first BBJ Max 8 in the fourth quarter. 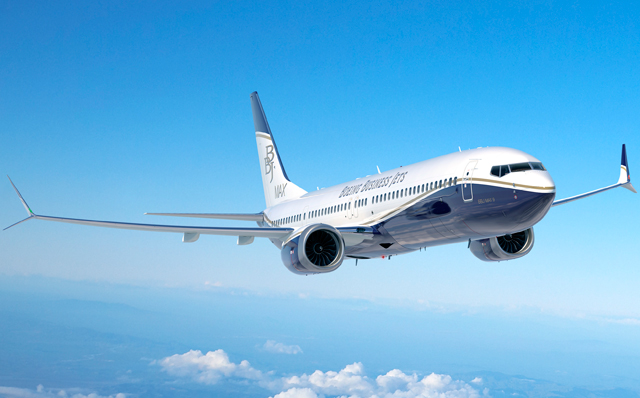 It is now awaiting the imminent arrival of the first Airbus ACJ320neo, belonging to launch customer Acropolis Aviation.

Flight testing of the CFM International Leap-1A-powered narrowbody (MSN8403) was wrapped up late last year, and delivery of the green airliner "is days away", says Airbus.

Acropolis, which is headquartered in Farnborough, UK, will take delivery of the completed aircraft before the end of 2019.

Airbus has sold 11 ACJ320neo-family aircraft to date: six ACJ320s, three of the smaller ACJ319s and two "undisclosed" models, although those aircraft are yet to appear in the airframer's firm order backlog.

Airbus is planning to deliver the first ACJ319neo to German operator K5 Aviation in May. The charter and management company has appointed Dutch maintenance, repair and overhaul firm Fokker Techniek to outfit the aircraft on behalf of its unnamed owner.

Boeing, meanwhile, holds 19 orders for the BBJ Max family: 12 Max 8s – the first two units were delivered green in 2018 – three Max 9s, and four Max 7s. Three orders remain on backlog for the original BBJ, based on the 737NG airframe. Boeing also holds an order for a BBJ 787-8 widebody.