The Palo Alto, California-based firm is keeping details of the programme under wraps for now, including its name. The only details revealed so far are that the aicraft will be a piloted urban air taxi able to carry four passengers for 52nm (96km) at 130kt (240km/h) on current battery technology, “with no single point of failure”. 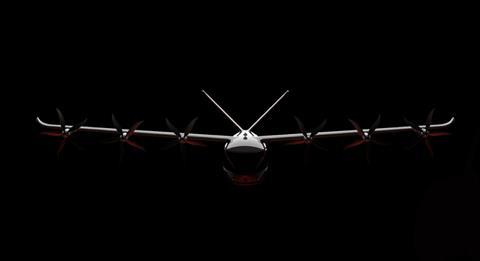 A teaser shot of the eVTOL design on Archer’s website shows an aircraft with a V-tail and six five-bladed propellers.

A team of 44 designers and engineers are working on the programme, Archer says, many of whom have gained experience in eVTOL development from working at rival companies such as Airbus Vahana, Joby Aviation, Kitty Hawk, NASA and Wisk.

“Archer aims to lead the new, third dimension of sustainable travel in urban environments,” says Brett Adcock, who leads the company with co-founder Adam Goldstein. “Our sights are set on the sky, and to get there we’re focused on hiring the top engineering talent to design, manufacture, and operate a fully electric VTOL aircraft to bring in the new age of transportation.”

Adcock says the company has built and tested several subscale models of the aircraft, and is now “working on” an 80%-scale demonstrator which it plans to fly in 2021. He says it is “too early” to give a specific timeframe for the aircaft’s certification and service entry. “We’re focused on creating the best design possible, but right now, we’re looking at the next three to five years,” says Adcock. 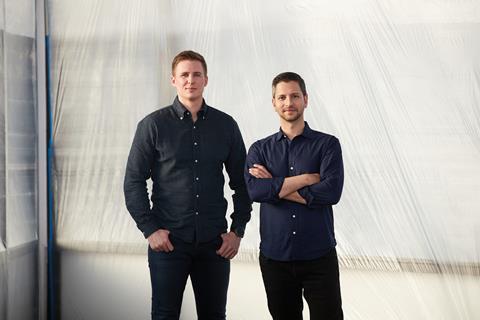 The start-up has not disclosed how much launch capital it has raised for the programme, but, says that Lore - who sold his retail website Jet.com to Walmart in 2016 for $3.3 billion - is the largest investor. He is currently chief executive of Walmart eCommerce.

“Marc [Lore] is passionate about sustainable transportation, and his ability to raise capital will be beneficial as Archer continues to grow,” says Adcock. He and Goldstein recently sold their online recruitment platform Vettery for over $100 million.

The trio are part of a growing community of internet entrepreneurs who are investing in the UAM market, with Google co-founder Larry Page backing Kitty Hawk and Pinterest’s Paul Sciarra the co-founder of Joby.

“As we look towards the future of transportation, it’s essential to invest in solutions that work to reduce traffic congestion and environmental impact while providing consumers with the swiftest, safest alternatives,” says Lore. “I am a firm believer in Archer and the role it will play in ushering in the next age of urban travel.”