Textron Aviation is in the final stages of the validation process for the Cessna Longitude business jet, having secured provisional type certification from the US regulator last year, which has enabled the company to begin customer training flights.

Although the airframer has yet to see any impact from the partial shutdown of the US government, which affects parts of the Federal Aviation Administration (FAA), it cautions that the agency is still required for final approval.

Flight testing is complete, and a problem with the type's fuel tank has been resolved, he says, leaving just paperwork to finalise. This process is expected to wrap up in around a month.

"The good news is that virtually all those documents are delegated to us, so that work is continuing unimpeded by the FAA guys not being in," says Donnelly.

But he cautions that the company still requires the US authority to issue the type certification "as that is something, we're obviously not delegated to do".

Planned production of the super-midsize twinjet has been "tweaked up a touch" for 2019, says Donnelly, based on the initial aircraft for NetJets, which are expected to begin delivering in the third quarter.

The fractional ownership provider placed an order in October for up to 175 Longitudes, along with 150 large-cabin Hemispheres. 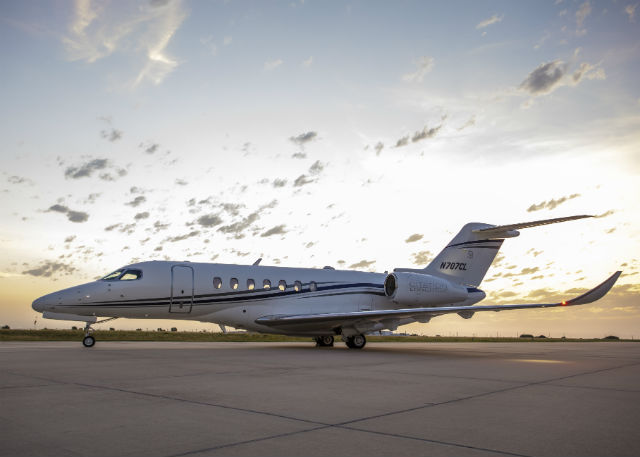 Deposits for the initial batch of NetJets Longitudes were received late last year, as well as "retail units" in the fourth quarter.

Donnelly says the Longitude is in "a very good place" with the programme expected to contribute to a "big chunk" of the company's profits.

"We're going to have a product that hits the market in terms of performance and cost, and the demand seems strong," he says.

Although Textron's engineering resources are tied up on the Longitude, the company is still aiming to fly its latest turboprop pair – the single-engined Denali and twin-engined Sky Courier – this year. "Those programmes are in good shape," Donnelly concedes.

He adds that few resources will be allocated to the in-development Hemisphere until Safran has solved the high-pressure compressor (HPC) issue on the Silvercrest engine that has been selected to power the 12-passenger twinjet.

"We will not ramp a lot of spending into that until we’re confident that the engine programme is in good shape," Donnelly says. "We should have an idea around mid-year."

Safran will begin testing a redesigned HPC for the troubled powerplant in the second quarter. 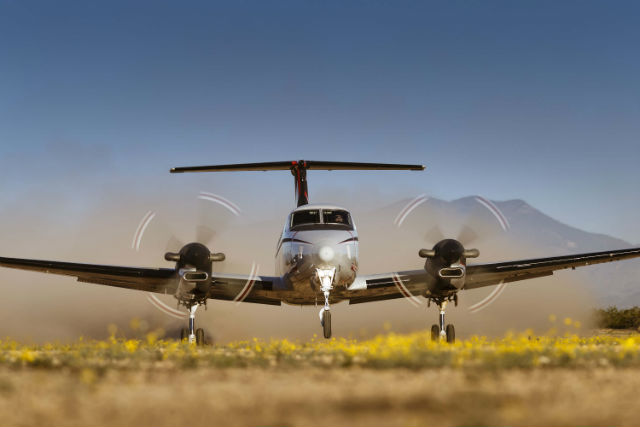 Meanwhile, higher volumes, a favourable mix of aircraft types and firmer pricing contributed to a 6% hike in revenues last year, rising to $4.97 billion. That figure is forecast to climb again in 2019 to $5.5 billion.

For the 12 months ended 31 December, the US airframer delivered 188 Cessna Citation jets, compared with 180 during the previous year. Shipments of Beechcraft King Air and Caravan turboprops rose by 31 units over the same period, to 188 aircraft.

The division's performance was boosted by a particularly strong fourth quarter, with turboprop output growing by 50% year on year, from 45 to 67 aircraft, and Citation deliveries climbing by five units, to 63 jets. This output contributed to a 12% year-on-year hike in revenues in the last three months of 2018, to $1.6 billion.

Donnelly describes the market as "healthy" with "pretty strong demand" for aircraft across the Cessna and Beechcraft product lines.

"Our sales teams are still feeling good about where things are," he says. "There's still an awful lot of customer activity, and it's fairly broadly across the product portfolio."

Demand for its line-up has been strengthened by the decline in inventory of pre-owned aircraft – particularly models fewer than five years old – which Donnelly says is at an "extraordinarily" low level.

Order intake grew during 2018: Textron Aviation ended the fourth quarter with a backlog valued at $1.8 billion, up from $1.2 billion at the end of 2017.