Textron Aviation is celebrating the 50th anniversary of the maiden flight of the original Cessna Citation business jet – the first model in what has become the largest business jet family in the world.

The prototype, branded the Citation 500, lifted off from Wichita’s Municipal airport (now Wichita Dwight D Eisenhower National airport) on 15 September 1969 for a 1h 45min sortie, piloted by Milt Sills and J L LeSueur. US certification was awarded in September 1971, leading to first deliveries in January 1972. 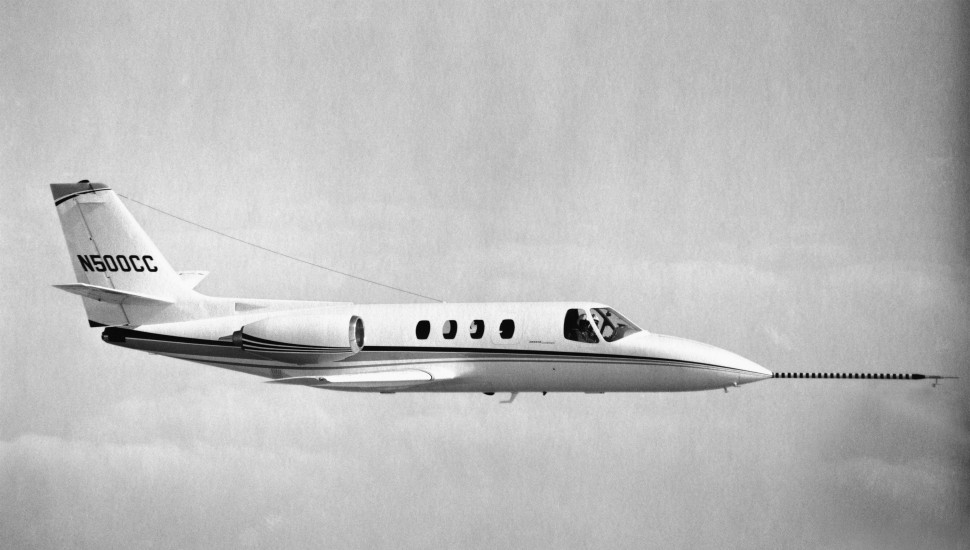 Cessna unveiled a mock-up of the light business jet in October 1968, originally calling it the Fanjet 500. The concept was to offer a growing population of business travellers an aircraft that was a quieter, simpler, safer and less expensive option than other business jets on the market, that also gave pilots of twin-engined turboprops an easy transition.

“The same vision that led to the creation of the original Citation 50 years ago still guides us today,” says Ron Draper, president and chief executive of Textron Aviation, Cessna’s parent company.

“We are building on our history as an industry leader and investing in the future to continue to exceed customer expectations,” he adds.