Daher returns to NBAA following US Federal Aviation Administration certification for the TBM 940 with the announcement that it has completed its purchase of Quest Aircraft from Japan’s Setouchi Holdings.

Daher returns to NBAA following US Federal Aviation Administration certification for the TBM 940 with the announcement that it has completed its purchase of Quest Aircraft from Japan’s Setouchi Holdings.

The French airframer and aerostructures company acquired the maker of the Kodiak 100 single-engined turboprop (pictured below) in June to strengthen its aircraft manufacturing business and help grow its North American footprint. 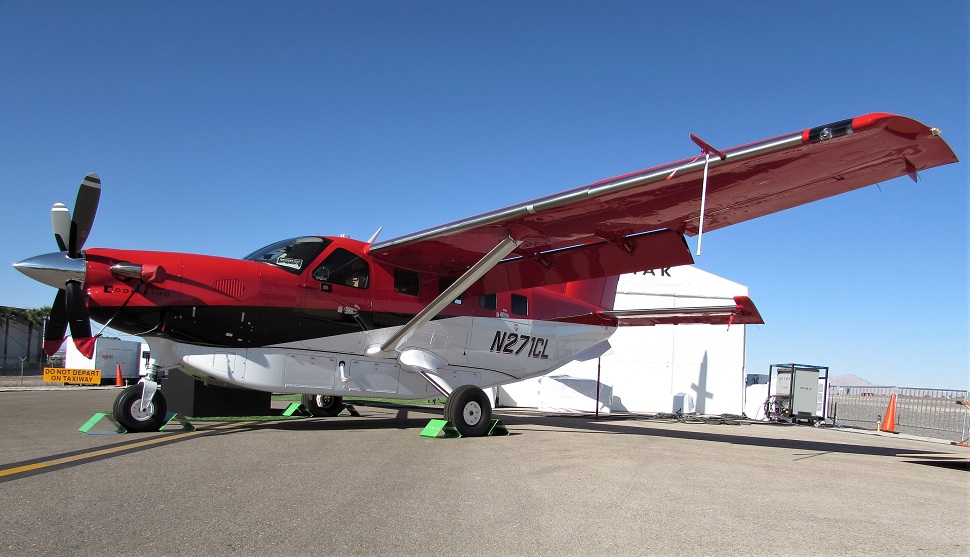 Didier Kayat, Daher chief executive, describes Quest as a “perfect fit” for the family-owned company because of its “strong culture, values and outlook”. It was founded in the late 1990s to create a rugged aircraft for humanitarian missions in developing countries. To date, nearly 280 Kodiaks have been delivered, with the fleet notching up of 165,000 flying hours, says Kayat.

The 10-seat Kodiak is an ideal match for the high-speed, high-end TBM family, more than 950 examples of which have been delivered to owners and operators since the first aircraft entered service in 1991.

The trio share variants of the Pratt & Whitney Canada PT6A engine, as well as the Garmin G1000 NXi flightdeck, in the baseline TBM 910. The flagship TBM 940 features the G3000.

Daher is now exploring synergies between the two companies “to help make us stronger,” says Nicolas Chabbert, senior vice-president for Daher's airplane business unit. “Already we have decided to discontinue our TBM distributorship in northwest USA and base our sales effort for all three aircraft in Sandpoint,” he adds.

The company is also exploring new markets for the Kodiak. “It is a great utility aircraft with many possibilities,” says Chabbert, citing a niche for the type in the intelligence, surveillance and reconnaissance and paragliding markets. “It could also have a much greater share of the ad hoc charter and seaplane sectors, where the platform is also ideally suited.”

The Quest acquisition has also given Daher a manufacturing footprint in the USA, and an opportunity to expand its aerostructures and logistics services business. The company builds parts for a host of aircraft manufacturers, including Airbus, Boeing, Dassault, Embraer and Gulfstream, with the work spread around facilities in France, including its headquarters in Tarbes, as well as in Nogales and Queretaro, Mexico.

Daher hopes the new US facility will attract more business from North American airframers and he says the company could expand the Sandpoint footprint to accommodate the extra contracts.