The validations followed a month-long global test campaign, which was designed, says the French airframer, to ensure the aircraft systems “would be fully mature and operational from day one”. 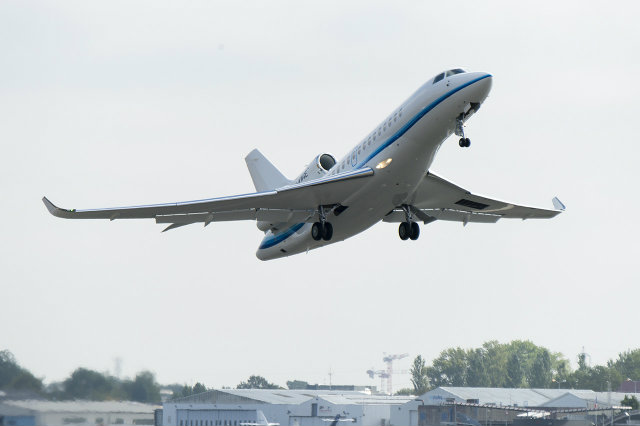 Amjet president Abakar Manany, who was at the controls for the delivery flight, says of the new addition: “Its superb performance and cabin comfort will allow us to fill an ever wider range of needs and missions for our exceptionally demanding clientele.”

Dassault is now preparing several more 8Xs for delivery “in the coming weeks”. Sixteen units are being outfitted at its US completion centre in Little Rock, Arkansas, and a further 11 aircraft are in final assembly in Bordeaux, it says.

The 8X was launched in May 2014, as a stretched and longer-range version of the then nine-year old 7X. Key differences include an extra fuel tank within the centre fuselage section, which enables the 8X to carry up to 15,800kg (34,900lb) of fuel – compared with 14,500kg carried by the 7X; a redesigned ultra-efficient wing derived from the 7X; and more powerful Pratt & Whitney Canada PW307D engines.