Austria’s Diamond Aircraft has secured European Union Aviation Safety Agency certification for the DA50 RG, and is preparing the first examples of the high-end piston-single for delivery early next year.

Launched in June 2019, the all-composite DA50 RG – RG for retractable landing gear – is described by Diamond as a “game-changer” in the light general aviation aircraft market, and says interest in the product has so far been “overwhelming”. 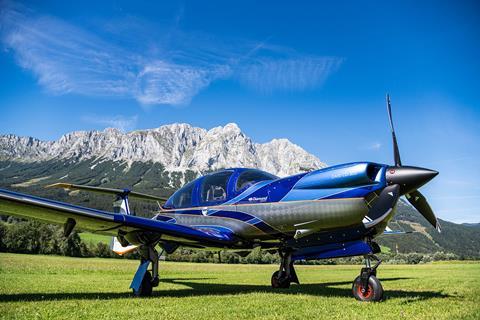 With a range of 750nm (1,400km) and a cruise speed of 180kt (330km/h), the model “is perfectly suited for single engine pilots looking for more seats and utility, as well as charter operators and corporate flight departments wanting to complement their larger aircraft with a low-cost alternative for shorter trips”, it adds.

As well as the DA50 RG, Diamond manufactures four aircraft – the DA20 and DA40 piston-singles, and the DA42 and DA62 piston-twins.

Diamond is also developing an aerobatic turboprop trainer called the Dart 550, for which it is aiming to secure European certification in the first quarter of 2021.