Diamond Aircraft is planning to bring its DA50 piston-single to market in the third quarter of 2020, powered by a Continental CD-300 engine.

The powerplant replaces the Safran/SMA diesel engine previously selected for the five-seat model – introduced two years ago as the first member of a family of light aircraft based on the DA50 platform. 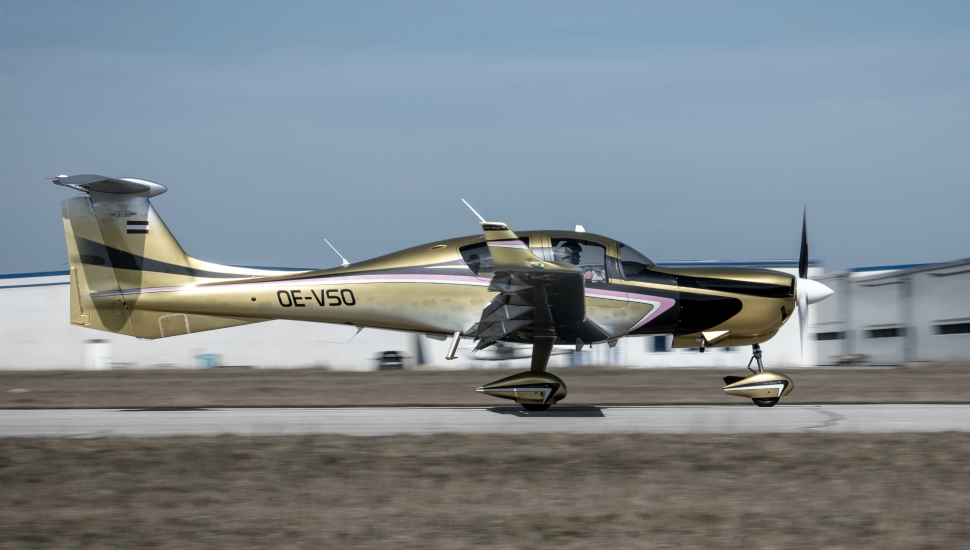 The decision to switch powerplants followed a period of "re-evaluation of all ongoing projects" by the company's Chinese owner Wanfeng Aviation after its acquisition of Diamond in December 2017.

"After careful consideration, we determined that the CD-300 engine aligns with Diamond's jet fuel philosophy, and that it is a suitable solution for our DA50 platform," says Frank Zhang, chief executive of the Wiener Neustadt, Austria-headquartered airframer.

Certificated in December 2017, the CD-300 is the third of Continental's jet-A1-fuelled piston engine family. The 300hp engine has a fuel consumption of 34.8l/h (9.2USgal/h), produces 2,300rpm, and is "specifically designed", the engine builder says, "to power high-performance, luxury piston-powered aircraft".

A CD-300-powered DA50 ran first ground tests on 15 March and made its maiden sortie a week later. Performance data will be provided later this year, says Diamond.

European certification of the DA50 is pegged for "summer" 2020, with customer deliveries to follow later in the year.

Since acquiring Diamond – which includes Austria-based Diamond Aircraft Industries and powerplant specialist Austro Engines, as well as its Canadian arm, Diamond Aircraft – Wanfeng has spent over a year restructuring the company and building a strategic vision. This includes: bringing new products to market faster, increasing support options, stepping up research and development for new projects, including hybrid-electric propulsion and doubling aircraft production across its sites in Austria and London, Ontario.

Diamond currently manufactures four aircraft families – the DA20 and DA40 piston-singles, and the DA42 and DA62 piston-twins. The latter pair are also sold in a range of special-mission or multipurpose guises known as MPP.

It is also developing a two-seat aerobatic trainer called the Dart 550.

The company delivered 140 aircraft in 2018 and plans to boost output to 250 units this year.