Epic Aircraft has completed structural testing on its E1000 single-engined turboprop and hopes to secure US type inspection authorisation for the $3.25 million composite aircraft in early August, leading to certification in the fourth quarter.

Doug King, chief executive of the Bend, Oregon-based company, describes the structural tests as "one of the more demanding phases" of the certification programme, and one that took Epic "longer than anticipated" to complete.

"We are now on the final stretch," says King. The company's two flight-test articles have amassed over 625h, and have so far met most of the required airworthiness, performance and handling characteristics, he notes.

"We are ready to conclude this final phase of FAA-conforming flight testing, keeping us on track for type certification later this year." 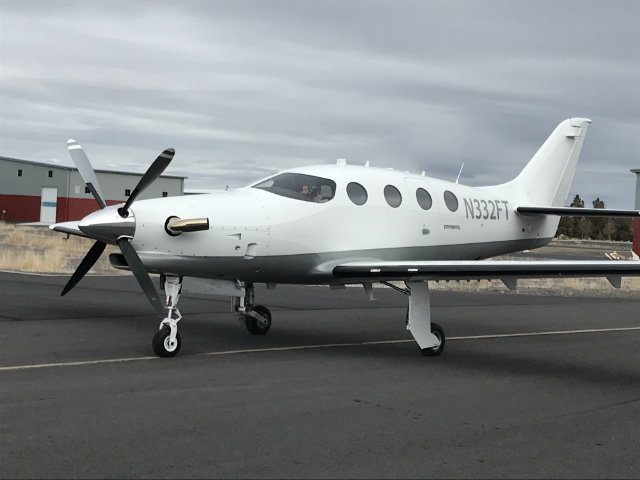 The E1000 will be a certificated version of the LT kit plane, for which Epic stopped taking orders in 2013 after selling 54 units.

Deliveries of the Garmin G1000NXi-equipped aircraft are scheduled to begin in the first quarter of 2019, and Epic will shortly begin converting some 85 reservations it has secured for the E1000 into firm orders.

The company is now preparing its manufacturing plant in Bend to support an annual production rate of 50 aircraft.