Epic Aircraft expects to secure US type inspection authorisation for the E1000 single-engined turboprop in December, clearing the way for regulatory personnel to join flight-test activities.

Two prototypes have logged over 800h to date and Epic says it hopes to secure type certification for the high-performance Pratt & Whitney Canada PT6A-67A-powered aircraft early in the new year and deliver the first examples soon after. 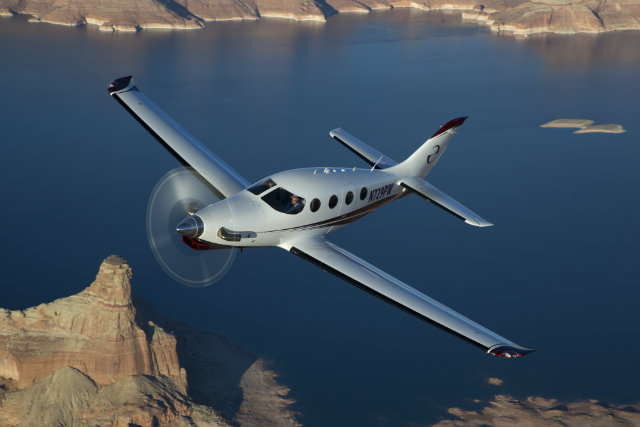 Epic sales director Mike Schrader says the E1000 certification campaign has been an "arduous, demanding process" – a reference to the rigorous testing procedures for composite aircraft that have contributed to a two-year delay in bringing the type to market.

"However, we are on the final stretch, with the most demanding phases behind us," he says.

The delay has had no impact on sales of the $3.25 million E1000, with the orderbook now totalling 85 aircraft. "Interest is strong," says Schrader "In fact, it's accelerating."

The Bend, Oregon-based airframer is partnering with established service centres across the USA to support the fleet and says it will induct the facilities over the coming months. The network will be expanded globally "in tandem with international certifications and customer deliveries", Schrader says.

Meanwhile, the 54th and final LT kit plane, on which the E1000 is based, has secured its certificate of airworthiness and will be delivered to its owner early next year. The programme was discontinued in 2012.