The first example to receive the retrofit, a B200, has been modified by JetSupport of the Netherlands, which has developed the supplemental type certification programme – approved by the European Aviation Safety Agency on 20 August – in partnership with Rockwell Collins.

Delivery to the aircraft's owner is imminent, following a 4 September maiden sortie from JetSupport's Amsterdam base, the company says. 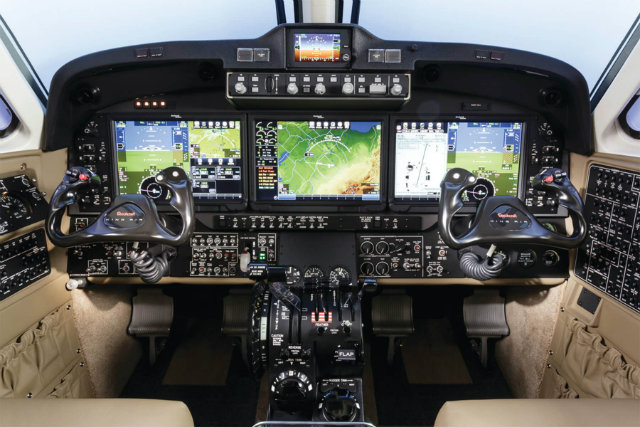 Certificated by the US Federal Aviation Administration in October 2016, the Fusion enhancement adds the same flightdeck as found on in-production versions of the eight-seat aircraft – the 350i, 350ER, 250 and C90GTx.

Fusion also meets automatic dependent surveillance – broadcast (ADS-B) Out requirements, which will become compulsory in Europe and the USA from 7 June and 1 January 2020, respectively. 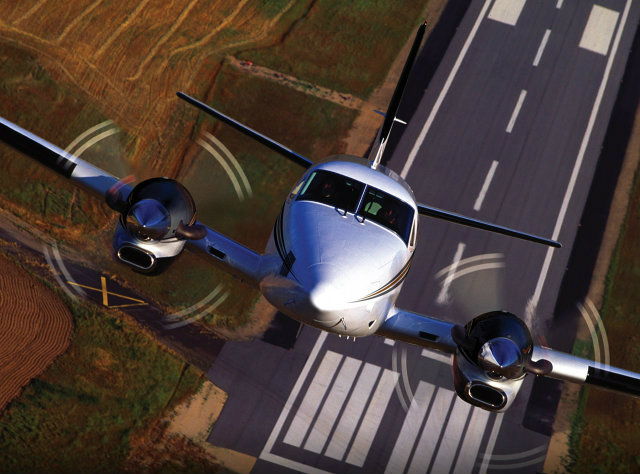 Didier Perrin, senior director of commercial sales and services for Rockwell Collins in Europe, Middle East, and Africa says the Fusion retrofit "breathes new life into these aircraft, bringing compliance with airspace mandates, and sets the stage for flying in the Single European Sky".

JetSupport has identified more than 50 B200s and 25 B300s in Europe that will be eligible for the retrofit and says it has received "a lot of interest in the upgrade" from across the region.