Research suggests that the European business aviation charter market is at its strongest for nearly a decade, according to one of the continent’s largest and oldest online charter platforms, PrivateFly, and German data company WingX Advance.

The pair forecast that this surge is set to continue, triggered by the introduction of new aircraft programmes and an explosion in innovative new operators and user-friendly technologies are helping to make business aviation more accessible and affordable.

More than 102,000 departures were recorded at airports across Europe between June and September, marking the busiest quarter since 2009, WingX reports, with Paris Le Bourget and Geneva, Switzerland the top destinations for charter customers.

“The industry is performing very well, as chartering a business aircraft is no longer regarded as ‘something only the rich can afford',” says Adam Twidell, founder and chief executive of PrivateFly.

The UK company said year-on-year charter sales climbed by more than 50% in 2017, contributing to turnover of more than £22 million ($28.8 million). It expects another year of “exceptionally high growth” in 2018. 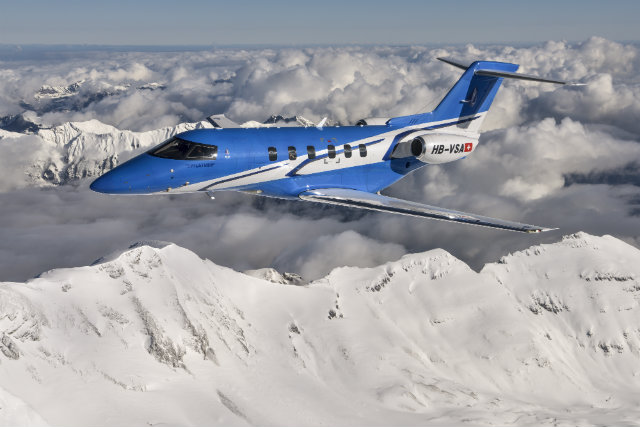 Twidell believes the introduction of membership-based business aircraft programmes, such as Surf Air and Wheels Up, and scheduled business jet shuttles such as JetSmarter, have helped to introduce a new generation of travellers to the value of private aviation.

“The charter industry is benefiting from their high-profile, multimillion-dollar marketing campaigns,” he says. “Once people have experienced the convenience and flexibility of flying by private jet – compared with the headache of travelling on a commercial airline – they don’t look back.”

Twidell says the new wave of high-tech, user-friendly booking platforms is attracting a younger “digitally literate clientele who want the power to access various services at the touch of a button – from taxis through Uber to seats on a private jet”.

This is reflected in a fall in the average age of the typical business aircraft user, from 41 years in 2016, to 38 today, PrivateFly reveals.

“Many people assume that the typical private jet customer is 50-plus, but that’s not the case these days,” says Twidell. Business aviation’s increasingly youthful demographic is also a result of what he calls the “live-for-today” culture which is prevalent among younger travellers.

“As millennials continue to enter the workforce, this younger generation will become the next private jet audience – demanding more choice, customisation and personalisation”.

This includes a new methods of paying for charter flights. PrivateFly describes this area as “ripe for disruption” in 2018, with blockchain technology having the potential to become a more mainstream solution in the charter industry. In 2014, the London-headquartered venture became one of the first private aircraft companies to accept Bitcoin digital currency, and has seen demand for this offering rise significantly. "While payment in crypto-currency may still be niche," says Twidell, “its popularity is growing rapidly”.

A wave of new aircraft coming on to the market over the next couple of years will help to sustain demand for charter, and challenge many of the sector’s established players.

At the lower end of the sector, Twidell singles out the recently certificated Pilatus PC-24 as a “rival to highly successful Embraer Phenom 300”. At the top of the market, Bombardier’s Global 7000 – set for service entry later this year – will be looking to “steal share from the Gulfstream G650ER”, described by Twidell as “ the ultra-high-net-worth’s iconic jet of choice”.