The Liberty on display is the first production example and is scheduled to enter flight testing in the second quarter of 2019, joining a prototype which has been in testing since 2012.

Speaking to FlightGlobal at the show, George Tielen, head of flight training for the privately owned Raamsdonksveer-based company said the production-conforming model is expected to be able to fly for around 150h, with European CS-27 certification scheduled to be completed within six to nine months.

Flight testing is being conducted at the Gilze-Rijen air base in the south of the Netherlands.

To date the company has sold 50 of the Rotax 912-powered aircraft, but Tielen expects "orders to come flooding in once flight testing of the production-conforming prototype is under way". 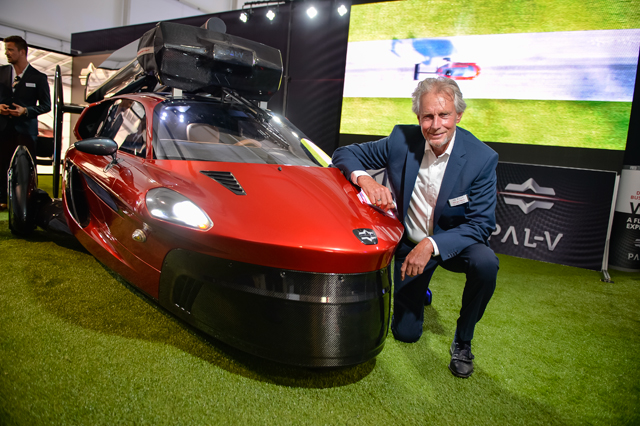 He says all approvals required for commercialisation will be granted on the basis of this production model. "It’s the pivotal point that separates pioneers from dreamers," he says, in reference to the clutch of other flying car designs under development.

"The certification not only guarantees the safety of the flying car but also is the approval that the vehicle can be driven on the roads and flown in the air," adds Tielen.

He says the aircraft is "very simple" to operate. "You drive to the airfield, unfold the wings and take off. At the other end, you reverse the process and drive to where you want to go."

PAL-V is producing 90 aircraft with a bespoke colour scheme and additional personalised features. These will be branded the Liberty Pioneer and priced at €500,000. The standard model, called the Liberty Sport, is priced at €300,000.