Qatar Executive, the private aircraft charter division of Qatar Airways, unveiled its Gulfstream G500 at the show yesterday, but its customers will not get to experience the super-large-cabin, long-range business jet just yet. 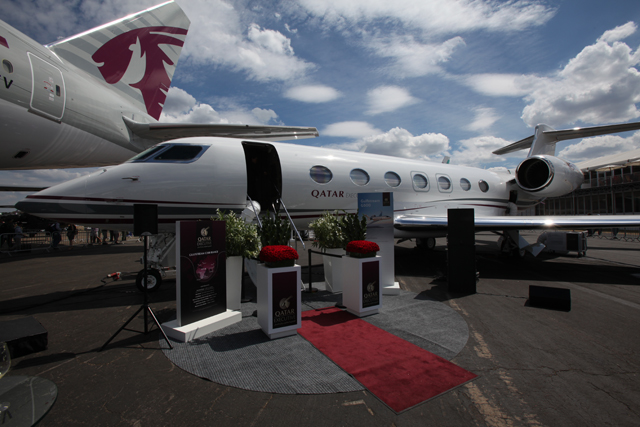 The 5,200nm (9,620km)-range aircraft – serial number 72011 – will return to Gulfstream's Savannah headquarters on Thursday to await US type certification, scheduled before the end of the third quarter. It will make the 6,430nm (12,000km) journey to its Doha-based international launch customer soon after.

The aircraft is from a 2014 order from Qatar for 30 Gulfstream business jets, including its larger, longer-range sister, the G600 – for which Qatar is also the international launch customer – and the flagship G650ER. Qatar increased its order for the latter in 2015, and has taken delivery of five aircraft to date. A sixth G650ER is set to join the fleet before the end of the year. 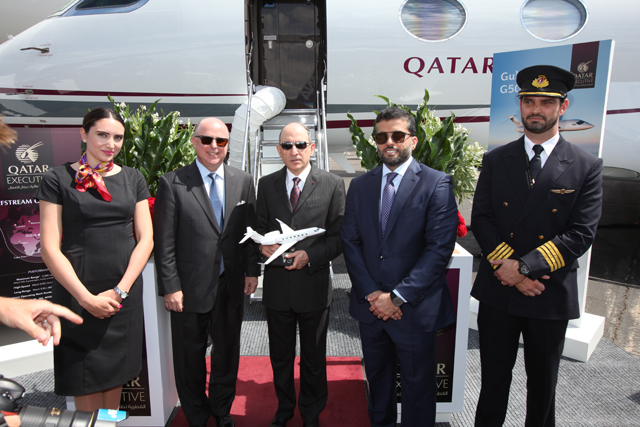 Speaking at the unveiling, Akbar Al Baker, chief executive of Qatar Airways Group, called the G500 "a game-changer for Qatar and the industry as a whole".