US investigators believe a fatigued Cessna CJ4 pilot failed to engage the autopilot after taking off in darkness from Cleveland, before the light business jet fatally dived into Lake Erie.

The Maverick Air aircraft had departed runway 24R at Burke Lakefront airport, on a return flight to Columbus's Ohio State University, but commenced a rapid climb and overshot its cleared altitude of 2,000ft.

It had been instructed to turn right after take-off but it banked excessively, reaching 62°. The aircraft passed through its assigned heading and entered a 15° nose-down attitude.

While the bank subsequently reduced to 25° the aircraft descended at 300kt (556km/h), at a rate of 6,000ft/min (30m/s), disintegrating as it struck the water. None of the six occupants survived. 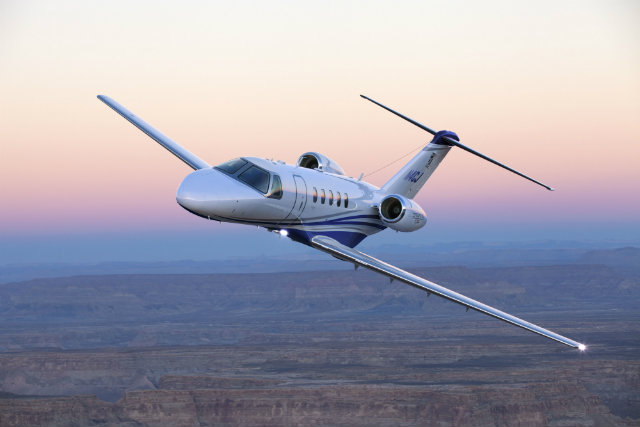 The National Transportation Safety Board points out that the pilot had been awake for nearly 17h and that he was "likely fatigued" before the late-night departure on 29 December 2016.

He had probably attempted to engage the autopilot after take-off, as trained, but failed to confirm with an instrument scan. "Based on the flight profile, the autopilot was not engaged," the inquiry says. "A belief that the autopilot was engaged may have contributed to [the pilot’s] lack of attention."

The pilot had previously flown the Cessna 510 Citation Mustang. Not only is the Mustang’s autopilot button located slightly differently to the CJ4's, it crucially has a completely different type of attitude display – one which uses a fixed horizon, rather than the moving horizon on the CJ4.

Investigators point out that the combination of a large featureless lake, in darkness and instrument weather conditions, would have been spatially disorientating. Once this disorientation set in, says the inquiry, the differences in the cockpit instruments compared with the Mustang "may have hindered" the pilot’s ability to make proper corrective control inputs.

The pilot twice tried to reply briefly to transmissions from the tower controller but neither was received, and the inquiry suggests the pilot did not have the microphone push-to-talk button pressed.

Several cues about the developing loss of control had been issued by the aircraft, including alerts that the CJ4 had passed its cleared altitude, while the enhanced ground proximity warning system sounded "bank angle" and "sink rate" warnings before ordering "pull up" seven times as the aircraft dived.

Investigators determined that the aircraft (N614SB) was airborne for only 70s. Examination of the wreckage did not indicate any evidence of failure or malfunction before impact.