Flexjet affirmed its commitment to long-term supplier Embraer at the show this morning by placing a $1.4 billion order for 64 Phenom 300Es, Praetor 500 and 600 business jets.

Flexjet affirmed its commitment to long-term supplier Embraer at NBAA today by placing a $1.4 billion order for 64 Phenom 300Es, Praetor 500 and 600 business jets.

The deal clears the way for Flexjet to become the fleet launch customer for the midsize-category Praetor pair, which were launched at NBAA a year ago. Deliveries are set to start in early November with the handover of the first Praetor 500.

The arrangement also includes the conversion of the Flexjet’s fleet of around 30 Legacy 450 business jets to the new Praetor 500 configuration. The modification programme will begin early next year, and involves adding winglets and extra fuel cells to the 450's wing tanks to boost the range by 350nm (650km) to 3,250nm. 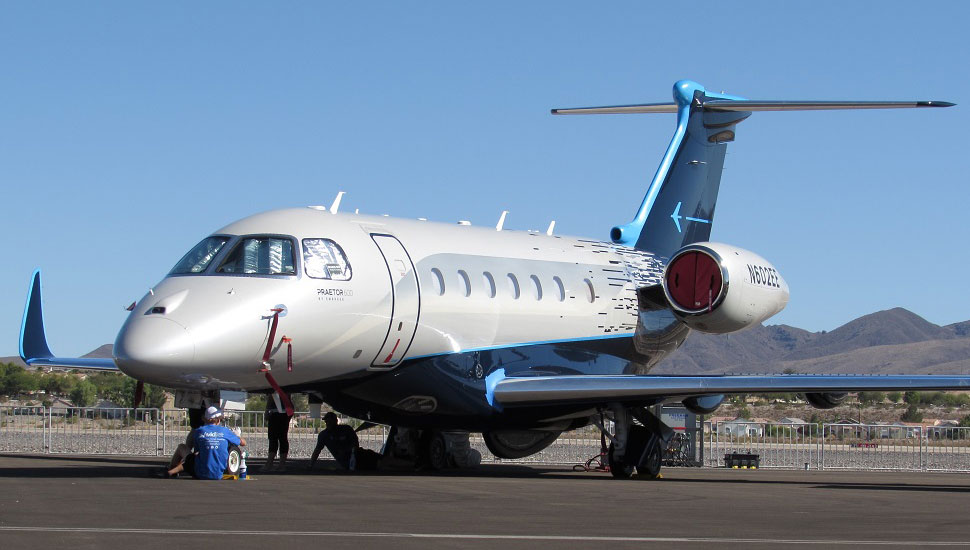 Embraer is exhibiting a Praetor 600 in the static

Michael Amalfitano, president of Embraer Executive jets, says the contract “reflects the growth and the strength of our partnership with Flexjet over the past 16 years, and symbolises our ongoing support for their journey ahead”.

The partnership between Embraer and Flexjet dates back to 2003 when Flight Options, which merged with Flexjet in 2015, became the first fractional programme to introduce the Legacy 600 into its fleet. Flexjet then became fractional launch customer for Phenom 300 in 2010, followed by the Legacy 450 in 2016. "We now have a fleet of around 70 Embraer jets in our fleet," says says Flexjet chief executive Michael Silvestro.

“The spirit of innovation at Embraer keeps us coming back time and again, because it dovetails perfectly with our commitment to provide the youngest, most modern fleet to our owners,” Silvestro adds.

He expects the Praetor pair to “be crowd-pleasers with their extraordinarily long range and impressive speed for aircraft of their size".

“Owners who have flown the Legacy 450 have embraced its speed, comfort and performance, and the opportunity to have the next-generation of this aircraft made sense for us.”

Flexjet says it has been “aggressively” recruiting pilots this year in anticaption of the order, and recently hit its goal for 2019 of hiring 175 new crew.