Referring to Flexjet’s customer numbers as “in the thousands”, chief executive Mike Silvestro says half of its new business last year came from “conquest sales” – customers transferring from other fractional operators, while business from referrals grew by 23% year-on-year.

Flexjet says its luxury offering, called Red Label, has been a major draw for customers over the past 12 months, with one third of its shareowners now signed up to the brand. Introduced in 2015, Red Label offers a dedicated fleet of personalised Bombardier Learjet 75s, Challenger 350s, Embraer Legacy 450/500s and Gulfstream G450s, each with a dedicated flight crew. “We call it a private flying experience, as personalised as whole aircraft ownership,” says Silvestro. 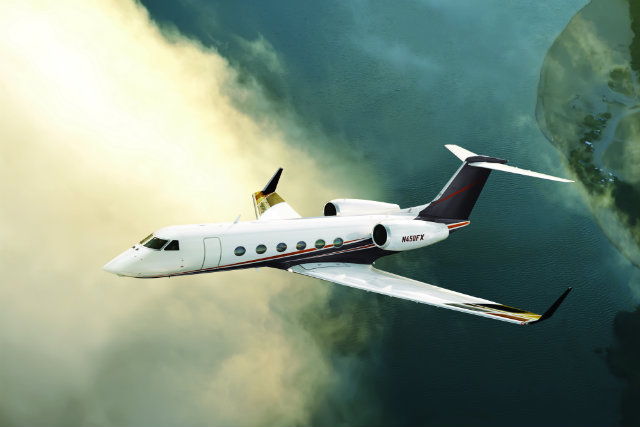 Flexjet is one of a small handful of fractional ownership companies to have weathered the economic downturn that caused the collapse of at least six ventures, including Cessna’s CitationAir and the Piaggio P.180 operator Avantair. The other surviving players are market leader and fractional pioneer NetJets – owned by Berkshire Hathaway – and Pilatus PC-12-based venture PlaneSense.

Flexjet was established by Bombardier in 1995 as a platform to promote and sell its growing business jet family. It was sold in 2013 to US private investment firm Directional Aviation Capital, which also has a pre-owned fractional aircraft venture in Flight Options. This programme has since been closed to new customers.

Silvestro says that while fractional ownership continues to be a popular choice for many travellers, Flexjet’s leasing offering is also gaining traction among customers who do not want to tie up their capital. “In 2015, the percentage of people choosing fractional and leasing was 75% and 25%, respectively. Last year this ratio was 65:35,” he says.

Flexjet operates a fleet of around 150 business jets ranging from Embraer’s Phenom 300 – its entry level product – to the large-cabin G450. The company also has a growing order backlog of about 50 aircraft from the Bombardier, Embraer and Gulfstream stables, including the ultra-long-range G650 and in-development G500, which are scheduled for delivery in 2017 and 2018, respectively.

The company also gave a critical boost in 2015 to the 12-year-old Aerion AS2 supersonic business jet programme, with a fleet order for 20 of the high-speed type.