Lift Aviation, the new owner of German light aircraft manufacturer Flight Design, is hoping to relaunch development of the C4 piston-single and is seeking partners to help finance and manufacture the four-seat type, with a view to securing certification in 2019.

Lift acquired the assets of Flight Design – which also produces the CT series of two-seat, high-wing, light sport aircraft (LSA) – earlier this year for an undisclosed sum. Financial difficulties forced the 30-year-old airframer into administration in 2016.

Production of the CTLS and CTSL has continued at a low level at Flight Design’s manufacturing and engineering base in Kherson, Ukraine. The pair are also produced under licence in China for the Asia-Pacific market by AeroJones Aviation. 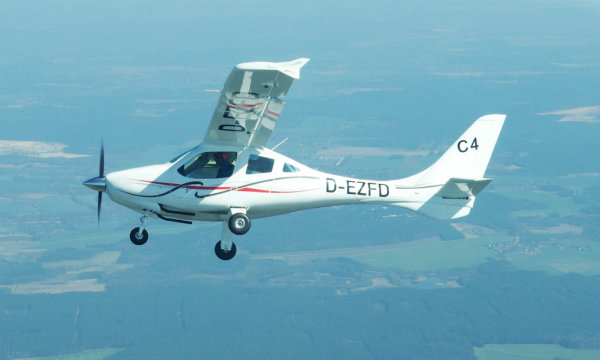 The company – now branded Flight Design General Aviation – plans to ramp up production of the LSA in October from 2.5 to three a month, and again in January 2018 to four a month. It is also working on a number of interior and exterior enhancements which will be rolled out on new examples in three months, says Lars Jörges, chief executive of Lift Aviation and Flight Design General Aviation.

While interest in the CT line is growing, the C4 is attracting a great deal of attention. “We have had a lot of inquiries asking what our plans are,” says Jörges.

Lift – which also owns gyrocopter manufacturer Rotorvox – is discussions with a number of “possible partners”, including AeroJones, to help finance development and manufacturing of the type. “We hope to complete negotiations soon, and have the C4 certificated and in production by the first quarter of 2019, ” Jörges says.

The Continental IO-360-AF-powered C4 was Flight Design’s first aircraft to be developed under Part 23 certification regulations. It made its maiden sortie in 2015, and the company was about to begin building the first of two production-conforming prototypes in Germany when it went into receivership.