Gulfstream has reached an agreement with Nordam to acquire the manufacturing line that produces the nacelle system used on its Pratt & Whitney Canada PW800-powered G500 and G600 business jets.

Announced on 1 October, the deal clears the way for the Tulsa-based aerospace manufacturer and repair firm to emerge from Chapter 11 bankruptcy protection.

The agreement comes around a month after Gulfstream was forced to step in to resolve a protracted dispute between Nordam and the Montreal-based engine maker over the cost of the programme.

Nacelle production was suspended in early July, forcing Nordam into restructuring two weeks later. The company declared in court documents that it had spent more than $200 million on the PW800 nacelle system, a move that "materially jeopardised" its profitability. 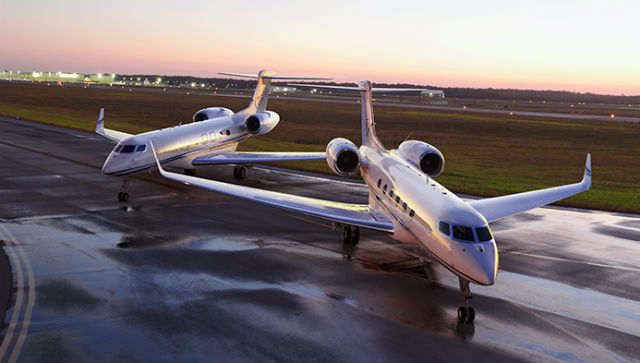 "Gulfstream has been operating the Tulsa line since early September, as part of an agreement with Nordam to address its July bankruptcy filing," the airframer says. The deal, filed in a Delaware bankruptcy court, allowed Savannah-headquartered Gulfstream to restart nacelle manufacturing "and provide for the eventual transfer of the programme's assets".

A bankruptcy judge approved the transfer on 26 September, allowing Gulfstream to complete the acquisition, and clear the way for Nordam to emerge from Chapter 11.

While further details of the agreement are being kept under wraps, Gulfstream is understood to have offered to take on much of Nordam's debts resulting from the dispute, in return for the intellectual property in the nacelle design.

Gulfstream president Mark Burns says nacelle production is a good fit for the 60-year-old company: "The manufacturing of this component is firmly in our wheelhouse, especially since we also manufacture the wings and empennages for these aircraft."

The G500 secured US type and production certification on 20 July and the first example of the super-large-cabin business jet was delivered to an unnamed customer on 27 September. Meanwhile, the G600 is scheduled for certification later this year, with service entry following in early 2019.