Gulfstream has secured European certification for the G600, clearing the way for deliveries of the super-large-cabin business jet to begin to customers on the continent. 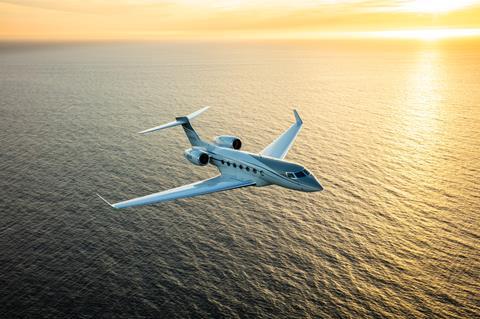 Gulfstream president Mark Burns says the G600’s “advanced technology, high-speed performance and unparalleled efficiency will serve the intercontinental European business traveller well”. He adds: “We are excited to get this aircraft in the hands of customers throughout the continent.”

The G600 was launched in 2014, along with the smaller-cabin and shorter-range G500, which entered service in September 2018. The G500’s European and US validations were secured in October 2019 and July 2018 respectively, and Cirium records 40 deliveries of the PW814GA-powered aircraft to date.