Gulfstream G600 takes to the skies

Gulfstream has kicked-off the certification campaign for its new G600 business jet, following first flight of the large-cabin, long-range twin on 17 December. Two more test aircraft have been inducted into the airframer’s flight-test centre in Savannah, Georgia, in preparation for their maiden sorties early next year.

Mark Burns, Gulfstream’s president, describes the event as a “a milestone for us and our customers, who have guided the vision for this aircraft from the beginning. We look forward to delivering this aircraft to them in 2018”. 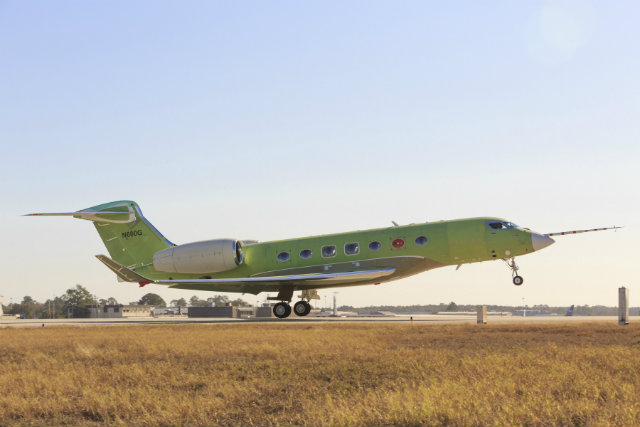 The G600 – registration N600G – took off from Savannah-Hilton Head International airport at 13:50 local time for a 2h 53min flight, described by Burns as “flawless.”

Gulfstream unveiled the G600 on 14 October 2015 alongside its shorter-range G500, which is currently in flight testing and earmarked for certification and service entry in the fourth quarter of 2017.