Gulfstream has delivered the first G500 to an unnamed US customer.

The handover, which took place on 27 September, came two months after the super-large-cabin business jet had secured US type certification. 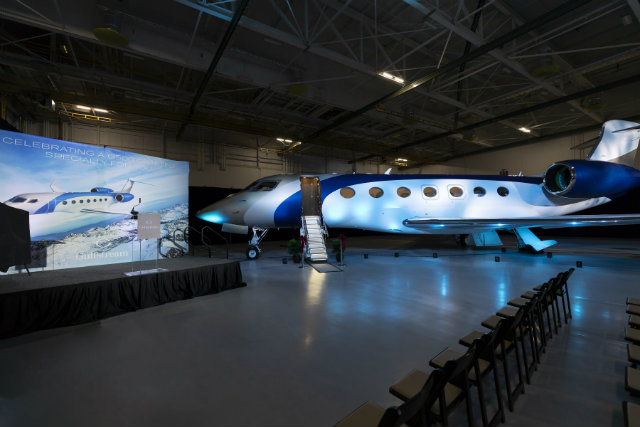 Speaking at a dedicated ceremony in Savannah, Georgia to mark the milestone, Gulfstream president Mark Burns said: "We are proud of the work we and our suppliers have done to deliver a technologically advanced, all-new, clean-sheet aircraft that exceeds our customers' expectations and continues the longstanding Gulfstream tradition of excellence.”

Thanks to a 5,000h certification effort, amassed by a five-strong flight-test fleet, the 5,200nm (9,620km)-range aircraft enters service "with proof of both its performance capabilities and cabin comfort", the airframer says.

The delivery event occurred four years after the clean-sheet G500 and G600 were unveiled. The latter model is in the final stage of its flight-test campaign, with certification and service entry expected in the fourth quarter of 2018 and early 2019, respectively.