Gulfstream has embarked on a six-month global customer demonstration tour with its G500, ahead of US type certification and service entry for the super-large-cabin, long-range business jet early this year.

The Savannah, Georgia-based airframer says the tour, which kicked off in Dallas, Texas in mid-January, will cover 12 locations including the US cities of Atlanta, New York and Chicago; Milan, Italy; Moscow, Russia; Beijing, China; and Melbourne, Australia.

Gulfstream is using the fifth and final flight-test aircraft for the tour. The production-representative model joined the certification campaign in August 2016, equipped with a full interior. 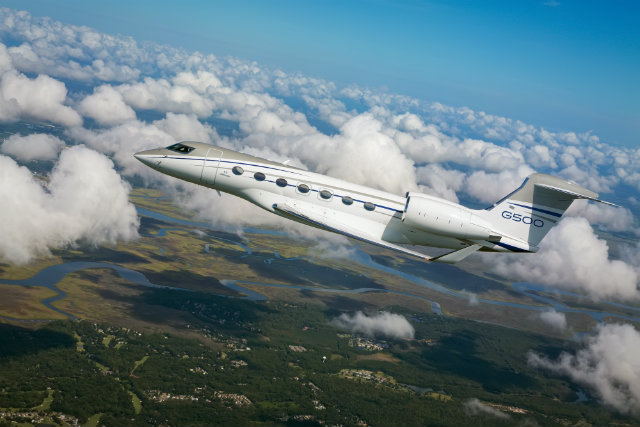 To date the G500 flight-test fleet has amassed more than 4,200h across 1,160 sorties, says Gulfstream

"This is a momentous year for the G500, with the aircraft’s planned certification and entry into service," says company president Mark Burns. He describes the tour as "an ideal time" for customers to explore the aircraft. "It also gives us an opportunity to thoroughly test and examine the fully outfitted interior as we prepare for the G500’s service entry."

The last example of the large-cabin G450 was delivered on 19 January to an undisclosed US customer, shutting down the third and final derivative of the original GIV after a 30-year production run.

Gulfstream has produced more than 900 GIV-series models, including 365 G450s – which entered service in 2005. The fleet has flown more than 1 million hours across 461,000 flights, Gulfstream notes. 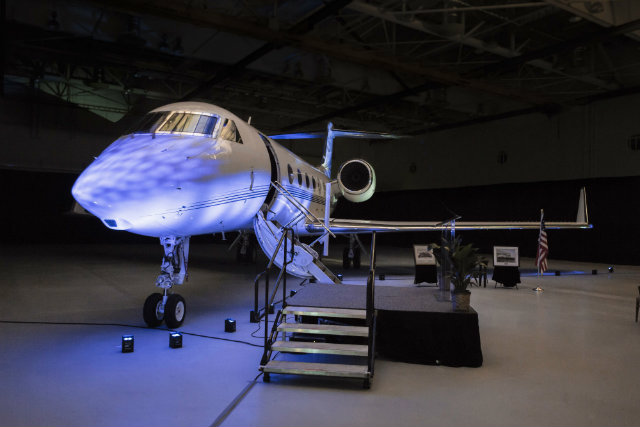 Burns says that over its 12-year tenure the G450 was "one of the best-selling jets in the industry, beloved by pilots and passengers alike for its technological advances, smooth handling, range, and comfort".

Despite its popularity, orders for the Rolls-Royce Tay-powered aircraft began to decline after the G500 was launched in October 2014.

Flight Fleets Analyzer shows deliveries have fallen from 41 G450s at its 2008 peak, to only nine examples in 2017.

Meanwhile, the G600 flight-test campaign is in full swing: the five test aircraft have notched up more than 1,360h across 360 flights, says Gulfstream. The 6,500nm-range twinjet is on target for certification and service entry in late 2018 and early 2019, respectively.