Jetseta gets set for expansion

Nigerian business aircraft operator Jetseta is planning to expand its fleet and route network in order to exploit the growing demand for ad hoc and scheduled charter services within the country and across Africa as a whole.

The company – headquartered in Abuja – began operations in December 2015, offering on-demand charter and a daily per-seat scheduled shuttle service from Lagos to the Nigerian capital and to Port Harcourt, in the southeast of the county, with a fleet of large-cabin and super-midsize business jets.

“We have tested the market for a while now, and it is proving to be a great success,” says Jetseta founder and managing director Harold Okwa. “We will now bring our offering to other countries in Africa, and plan to set up bases in Rwanda and Angola in the first and fourth quarters of 2019, respectively. These will be followed in 2020 by [bases in] Morocco and South Africa.”

The strategy is being driven by the continent’s poor transportation infrastructure and infrequent, expensive and circuitous commercial airline services. 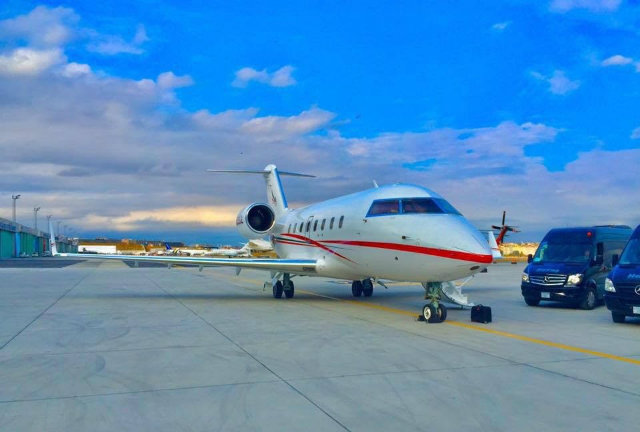 “It can take several hours, days even, to travel between cities in Africa, such as Lagos to Kinshasa in the Democratic Republic of the Congo, or Cape Verde. It is often easier and quicker to fly to via a European hub, but this is also inconvenient and time-consuming,” says Okwa. “Even where there is a nonstop, scheduled service, it can often be unreliable, so many people choose to charter a business aircraft instead.”

Jetseta’s fixed-wing fleet consists of three Bombardier Challenger 604s, a Challenger 300 and an Embraer Legacy 600, while a Sikorsky S-76, Leonardo Helicopters AW139 and a pair of Bell 206s comprise its rotary-wing line-up.

The company is looking to expand its VIP offering in the fourth quarter, with the addition of a 19-seat Airbus ACJ319. “The narrowbody airliner has a much larger cabin and longer range than our current line-up, and will allow us to broaden our route network to include popular destinations like Accra [Ghana], Kigali [Rwanda], Dubai, and London,” says Okwa.

Jetseta is also introducing turboprops to the fleet to give its customers access to a wider range of airports and landing sites in Africa. “We are looking at [Beechcraft] King Air B200s, 350s and Cessna Caravans, with a view to adding the first aircraft before the end of the year,” says Okwa.

The single- and twin-engined types will be targeted at what Okwa calls Africa’s “lucrative tourist market”, and will offer an affordable, speedy and versatile alternative to ground transport. “These aircraft will cut journey times drastically, and help to open up a new market to tourism,” says Okwa.

Flight Fleets Analyzer records an inventory of 450 business jets and 500 turboprops in Africa. South Africa has the largest installed base with 351 turbine-powered business aircraft, followed by Nigeria with 82.