Germany’s MT-Propeller has received US supplemental type certification for its MTV-27, 5-blade, constant-speed prop on the Texas Turbines Cessna 208/B Supervan.

Introduced in 2008, the aircraft is a re-engined version of the Pratt & Whitney Canada PT6-powered turboprop single, featuring a Honeywell TPE331-12JR turbine engine. There are around 60 of the type in service today.

The MTV-27 – dubbed the “quiet fan jet propeller” by MT – is over 30% lighter than the Supervan’s original Hartzell four-blade prop, says the company. While the “damping characteristics” of the composite structure reduce fuselage vibration by up to 60%. 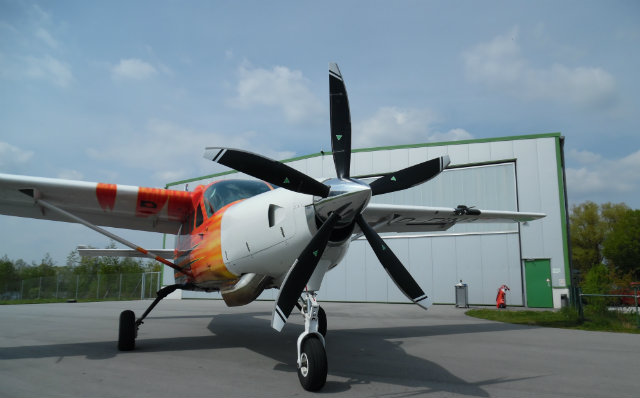 “Certification flight tests have also revealed improvements in the overall performance [of the Supervan],” says MT, including a 10% reduction in ground- roll and an 8% increase in the aircraft's rate-of-climb.