Honda Aircraft has unveiled an improvement package for the HondaJet at NBAA, which increases performance of the baseline HA-420 towards that of the enhanced HondaJet Elite version.

Dubbed the “APMG performance package” after the company’s Advanced Performance Modification Group, which engineered the upgrade, the package allows existing HondaJet customers to enhance their aircraft with new performance and software features. 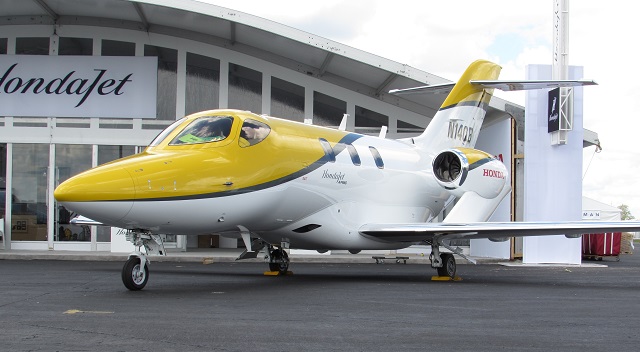 The APMG package is priced at $250,000 and incorporates Honda’s latest performance upgrades. The APMG upgraded HondaJet is being exhibited in the NBAA static park (above).

These include a 45kg (100lb) increase in maximum take-off weight to 4,860kg, along with aerodynamic tweaks to enable shorter take-off field lengths and great mission capabilities. The useful load rises by around 45kg, while take-off length is reduced by 135m (443ft) to 1,064m.

Honda Aircraft president and chief executive Michimasa Fujino says the aerodynamic upgrades include a slight extension – “a few inches” – to the span of the horizontal tailplane as well as the removal of wing fences and vortex generators.

“The purpose of the APMG is to implement new features on original aircraft for the benefit of customers,” he adds. 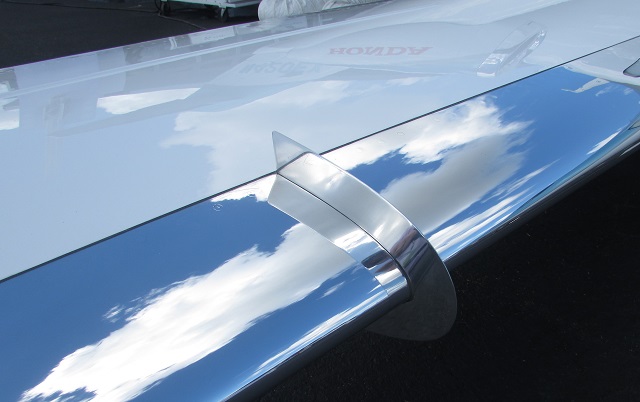 Production of the HondaJet is currently running at around four to five aircraft a month at the plant in Greensboro, North Carolina, says Fujino. He tells FlightGlobal that production will transition to the enhanced Elite version – currently offered as an option – next year after the completion of around 100-110 of the baseline model.

The 92 HondaJets in service have accumulated 20,000 flight hours, while dispatch reliability is running at 99.7%, says Fujino.