Bombardier's flagship Global 7500 is making its Paris air show debut, with the arrival of the ultra-long-range business jet marking the climax of its six-month, eight-country demonstration tour.

The aircraft on the static display is serial number 70006, which is the first customer aircraft. It was handed over to an unnamed customer in December 2018 and Bombardier has been operating the aircraft as a demonstrator under a lease-back arrangement since then.

A second Global 7500 was delivered in March to the late airliner entrepreneur and long-time Bombardier customer Niki Lauda. 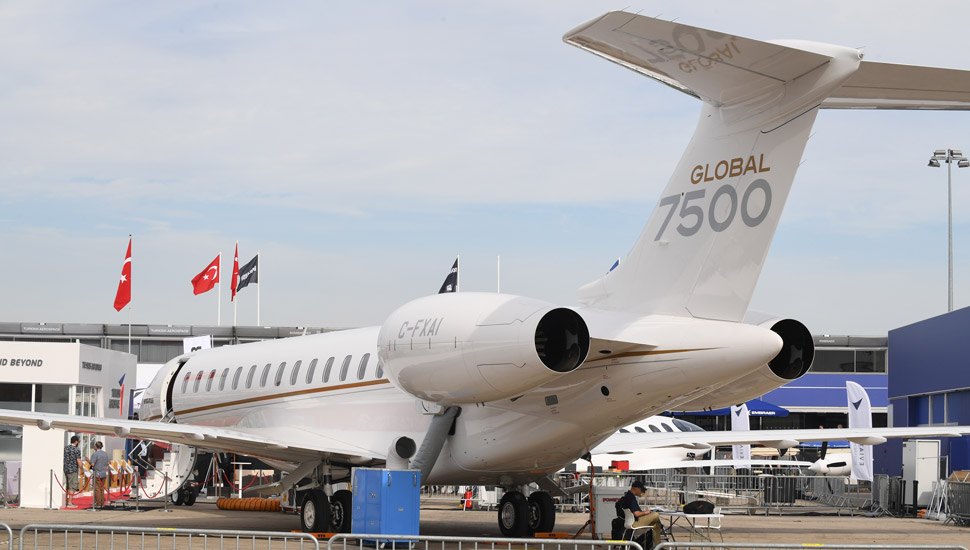 "When it comes to the Global 7500 jet, there is simply no aircraft in the world like it. It has established a category of its own," says Peter Likoray, senior vice-president, worldwide sales and marketing, Bombardier Business Aircraft.