Little more than a week since its arrival in Doha, Qatar Executive’s fourth Gulfstream G500 has made the trip to Paris where it is taking centre stage on the Qatar static alongside an Airbus A350 widebody belonging to its sister airline.

The VIP charter company took delivery of the widebody large-cabin business jet – registration A7-CGS – on 8 June. The aircraft is part of a 2014 order with Gulfstream for 30 aircraft. “We have taken 10 models from this contract so far – four G500s and six G650s,” says Ettore Rodaro, executive vice-president for Qatar Executive. The latest example of the ultra-long-range G650 arrived on 6 June, he adds. 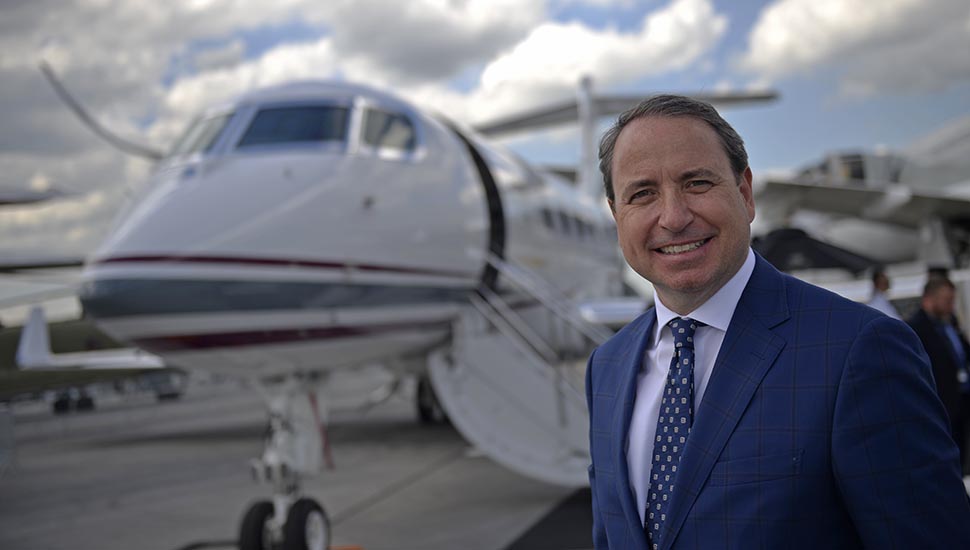 Rodaro says the aircraft are helping Qatar to build a critical mass of business jets to serve its increasingly global client base. “We have already started to fill the pipeline with large blocks of hours pre-sold in the Gulfstream models,” he says.

The Middle East accounts for 30% of Qatar’s business, with the remainder focussed on the growing markets of Africa, China, Europe, India, Russia, Southeast Asia and the USA. Rodaro says Qatar’s long-running “blockade” with Bahrain, the United Arab Emirates and Saudi Arabia – the latter two being major business aircraft markets – has forced the company to widen its customer base outside the Gulf region. “We have found great success in the international market, which has more than made up for the fall in business,” says Rodaro.

Qatar also operates a trio of Bombardier Challenger 605s – one equipped to accommodate VIP and air ambulance missions – four Global 5000s and a Global XRS, the previous iteration of the ultra-long-range Global 6000. “We will phase out our Bombardier fleet as we add more aircraft,” Rodaro says.

Two of the Challengers and a Global 5000 are now for sale, “but it isn’t an easy market at the moment in which to sell business jets,” Rodaro notes.