Two days after conducting its maiden sortie, the first ACJ319neo set a new record for the longest flight made by an Airbus-crewed A320-series aircraft.

The re-engined VIP narrowbody (MSN8612) flew from Airbus headquarters in Toulouse to northern Greenland and back on 26 April, with the mission lasting 16h 10min.

Airbus describes the sortie as an "endurance flight that included a simulated diversion under 180min [extended twin-engine operations]", for which the A320 family is already certificated. 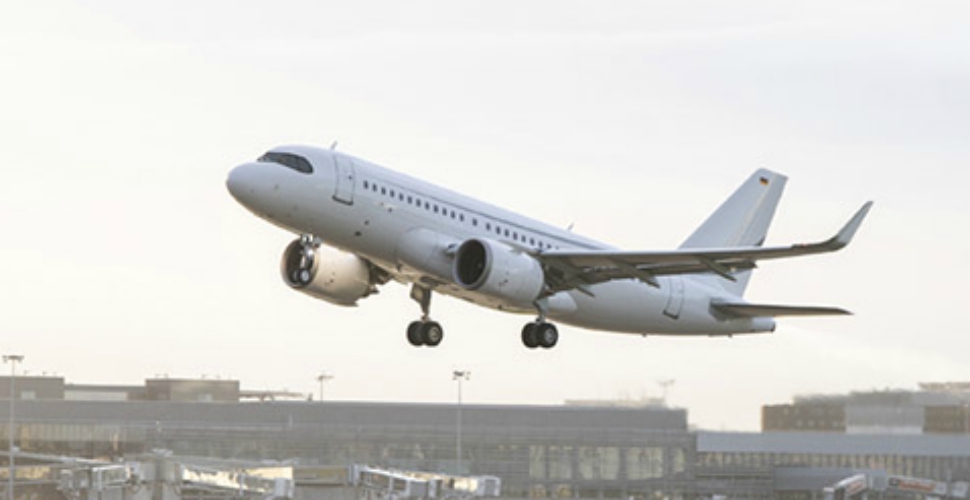 The previous record was set in 1999, when an Airbus-crewed ACJ319 made a 15h 15min flight from Santiago to Paris.

On the latest trip, the crew were accompanied by Erik Scheidt, chief executive and chief pilot of charter and management firm K5 Aviation, which will take delivery of the CFM Leap-1A-powered aircraft in the coming weeks on behalf of its unnamed owner.

K5 has appointed Dutch maintenance firm Fokker Techniek to outfit the aircraft, which has five extra fuel tanks installed to deliver a range of more than 6,750nm (12,500km); redelivery to K5 is planned for 2020.

"We want to fly customers to their destination using the quickest routes, as well as delivering unsurpassed comfort and service, and it's impressive to see such long-range capability at first hand," says Scheidt.

Airbus says it has orders and commitments for 14 ACJ320neo-family aircraft, which are available with a choice of Leap-1A or Pratt & Whitney PW1100G engines.

The first ACJ320neo, powered by the Leap-1A, was handed over in January to Swiss completion house AMAC Aerospace. Service entry with its UK owner, Acropolis Aviation, is due by the end of the year.

Around 200 Airbus corporate jets are in service worldwide.